Getty Garrett Gilbert had a brief stint with the Carolina Panthers and is the Orlando Apollos starting quarterback.

The AAF is offering fans football after the NFL season has ended. What is the difference in the AAF rules as compared to the NFL? Fans will notice the Alliance of American Football is offering a similar game to the NFL with a few slight tweaks. The differences include no kickoffs, overtime rules and defensive formations.

Unlike the NFL, there are no kickoffs in the AAF as teams will start at their own 25-yard line after scores and at the beginning of each half. The elimination of kickoffs is one of the ways the AAF is looking to increase player safety as well as decrease the length of games. The AAF’s play clock is 35 seconds, five seconds shorter than the NFL.

If a game goes into overtime both teams receive the ball, but the game can end in a tie after each team’s possession. Each team gets the ball on the 10 yard line with four downs. There are no field goals allowed in overtime.

Unlike the NFL, There Are No Extra Points & Each Team Must Attempt a 2-Point Conversion

Teams must go for two after touchdowns as way to add excitement to the next play after a TD as many fans tune away from extra point attempts. Field goals are allowed in regulation but are not part of the overtime format.

Unlike failed football leagues in years past, the AAF is not looking to win fans over with a remarkably different product than the NFL full of gimmicks. Bill Polian helped founder Charlie Ebersol create the league.

“I want folks who know football to say, ‘Hey, this is pretty good football and it’ll get better and it got better during the year,'” Polian noted to ESPN. “We’re going to be a lot better on the 27th of April than we’ll be on the 9th of February. Teams get better as they practice and play together. That’s No. 1. No. 2, I want people to say that it’s an interesting and exciting game.”

There Is a 15-Yard Illegal Defense Penalty in the AAF

In addition to faster games, the AAF wants to promote high scoring games. To do this, the league has implemented an illegal defense penalty. Teams cannot have more than five players rushing at a time. The AAF detailed their defensive rules which differ from the NFL.

On defense, no more than five players may rush on passing plays. No defensive player may rush from a position of more than two yards outside the widest offensive lineman and more than five yards from the line of scrimmage. The exceptions would be play-action or run-pass option plays and if the ball leaves the tackle box.

There will be a 15-yard penalty for “illegal defense.”

Since there are no kickoffs, this means there are no onside kicks in the AAF. Instead, teams can opt to have the ball in a fourth-and-12 situation, but the team must be trailing by 17 points or more.

Onside kicks are not a part of The Alliance and instead “onside conversions” will be a new addition. If a team is trailing by 17 points or more inside of five minutes remaining in a game, they must convert a fourth-and-12 from their 28 in order to keep the ball.

AAF officials will have the assistance of the sky judge, who can make player safety calls from the press box as well as pass interference calls with five minutes remaining in the game. The AAF described the sky judge’s responsibilities.

The AAF will have a ninth member of the officiating crew, called a sky judge who will be in the press box and can instantly correct “obvious and egregious” officiating errors. The sky judge will use real-time technology to correct clear errors involving player safety anytime during a game and pass interference inside of five minutes left in the fourth quarter. 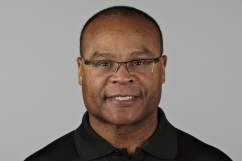 AAF Rules: How Does the Alliance of American Football Work?