Getty Rickie Fowler pictured with fiancee Allison Stokke during the Par 3 Contest prior to the 2019 Masters.

Rickie Fowler is sporting a mullet for a good cause, but his longtime girlfriend, Allison Stokke, wants the golfer to cut his hair before their wedding. Fowler and Stokke are planning an October wedding and the golfer plans to have a new haircut when his future wife walks down the aisle, per The Telegraph.

“I’m going to miss it when it’s gone, but it can’t say forever,” Fowler told The Telegraph. “I don’t see it as a possible hairdo for the wedding in October. We’ll have it off by then.”

As for the mullet, it is a nod to Fowler’s late friend Jarrod Lyle as the golfer aims to raise awareness for leukemia. What started as “Mullet May” has now gone well into the summer. Golf Channel’s Cara Banks detailed Fowler’s decision to rock the mullet.

“@RickieFowler confirms on @GolfCentral the long flow ??‍♂️ has been for “Mullet May” a new idea he & @JasonDufner decided to adopt to raise awareness for their respective foundations – Fowler’s will now focus more on [leukemia] due to his close friendship with Jarrod Lyle,” Banks tweeted.

Welcome to 30 @allisonstokke! I love you and I couldn’t be happier to be the one occupying the seat across from you…I’m glad we get to do life together! Happy birthday!! I win!!

The couple got engaged in June of 2018 and are now planning an October wedding. Fowler announced the news on “National Best Friend Day” back on June 8, 2018.

“Today is National Best Friend Day so I wanted to lock mine down…I WON!!” Fowler posted on Instagram.

Earlier this year, Fowler gave Stokke a shoutout on her 30th birthday.

“Welcome to 30 @allisonstokke! I love you and I couldn’t be happier to be the one occupying the seat across from you…I’m glad we get to do life together! Happy birthday!! I win!!” Fowler noted on Instagram.

Stokke Is a Former Pole Vaulter & Is Passionate About Fitness

Own your strength. #internationalwomensday #iwd2019

Stokke is a former college pole vaulter and frequently posts fitness videos. During a 2015 interview with Athleta, Stokke detailed her fitness routine as well as healthy foods she prefers to eat.

I’ve never gone on a specific diet where I eliminate or only eat specific foods. I just try to eat well. I love oatmeal for breakfast, eggs as part of any meal, and I almost always carry almonds with me. Competition days can be incredibly unpredictable in terms of the length of competition so I always drink plenty of water and pack snacks like hummus and bell peppers, bananas, and dates…I run almost every day, on the track or on grass. Most of the running we do is shorter, i.e. multiple sets and reps of 150m or less with varying rest periods. Along with running, I do plyometrics and drills specific to pole vaulting. I also try to add several days a week of yoga and/or stand up paddling, depending on the time of year. 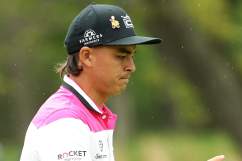