Getty Svetlana Kuznetsova of Russia returns a shot to Ashleigh Barty of Australia during Day 8 of the Western and Southern Open at Lindner Family Tennis Center on August 17, 2019 in Mason, Ohio.

The Cincinnati Masters, or Western and Southern Open, provides prize payouts of $1.114 million to the men’s singles winner and $544,500 to the women’s winner. According to the tournament website, these totals come from purses of $5 million and $2.8 million, respectively.

According to Tennis Planet, this is how the men’s side divvies up its payouts.

The disparity in the purse and prizes between the genders is a function of event classification differences between the ATP and the WTA. The Citi Open Tennis website explained two weeks ago.

The ATP (the men’s tennis international governing body) and the WTA (the women’s international governing body) are two separate tours with distinct tournament structures, calendars, and funding models. Tournament like ours that offer both men’s and women’s tennis do not always combine events with the same tour tier levels. This results in the difference in prize money and international television coverage, which is among the considerations that dictate court schedules.

For example, the China Open features a WTA Premier mandatory event with an ATP World Tour 500-level event. The prize money, in this instance, is higher for the women’s event because of the difference in the tour tier levels. 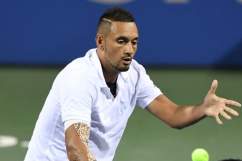 The women’s final will take place first at Center Court between Russia’s Svetlana Kuznetsova and No. 16 Madison Keys of the United States. On the men’s side, Russia’s Daniil Medvedev faces David Goffin of Germany. This will be Medvedev’s third straight tournament final, and his last loss in a non-final was to Goffin in five sets at Wimbledon.

With both in position for big paydays in Ohio, Kuznetsova offered some commentary about the Russian mentality on money.

“In Russia, we say believe today and not tomorrow. So some people can have not much money but they will spend everything today,” she said to Tennis World. “We say we don’t take money to the grave. You never know. It’s something you have to enjoy today. We go crazy. We go for everything. So sometimes patience works well. I think it’s a culture, it’s in DNA, it’s in everything.”

Meanwhile, Medvedev is an up-and-comer who turned pro in 2014. With his performance this weekend, he will cross the $5 million mark in career earnings, currently sitting at $4,942,958 with singles and doubles finishes combined.

Outside of spending money, Medvedev once got into hot water for throwing money in protest towards an umpire’s chair. If you can’t spend it, throw it. 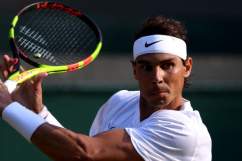