Getty LONDON, ENGLAND - OCTOBER 06: General view inside the stadium ahead of the game between Chicago Bears and Oakland Raiders at Tottenham Hotspur Stadium on October 06, 2019 in London, England. Actress Sophie Turner was there in a Chicago Bears jersey(Photo by Naomi Baker/Getty Images)

The Chicago Bears have officially taken over London. Or perhaps at least the North. In town to face the Oakland Raiders, the Bears (3-1) and Raiders (2-2) each had numerous fans in attendance–although early on, it’s looking like Bears fans far outnumber Raiders fans in attendance. After taking the field to warm up for their first international game in London since 2011, it was evident just how many fans were there for Chicago.

And SIGNIFICANT booing as the #Raiders make their first appearance for pregame warmups. This is going to be something. #Bears100

morning, chicago! afternoon, london! GET UP FOR GAMEDAY!

it’s @curlyfro checking in from one of the many pubs filled with bears fans.

tweet your predictions to us! who wins? what’s the final score? #ShakenitAcrossThePond #beardownuk #Bears100 pic.twitter.com/KvEYdztggq

Legendary Bears’ running back Walter Payton’s son Jarrett posted on Twitter prior to the game about how surprised he was to see numerous people from multiple countries sporting his father’s jersey:

The amount of 34’s I’ve seen here in #London is just unreal! @walterpayton fan from Italy. This trip has really helped me understand my dads impact on the game of football. #Bears @WGNNews #CHIvsOAK ?⬇️ pic.twitter.com/dULzSS5FDU

Bears players also had a bit of fun pregame, including Cordarrelle Patterson, who played catch with fans in the stands and took selfies with them. The Bears’ injured starting quarterback Mitchell Trubisky, who is not playing in the game due to a sprained left shoulder, signed autographs for fans in attendance and seemed to be in good spirits before the game.

Bears receivers having fun in warmups tossing the ball with fans. An injured Mitch Trubisky out signing autographs#Bears photos from London: https://t.co/1sYAbHgT1q pic.twitter.com/Dh6KiBCyQX

The Bears and their fans in attendance were clearly having a good time, but there was one fan specifically who caught the eye of many–an extremely famous fan in who happened to be a native to England and the star of one of the biggest television shows on television over the last 20 years. A fan who let it be know that she’s loyal to House Nagy.

The Queen of the North is Rooting for the Bears 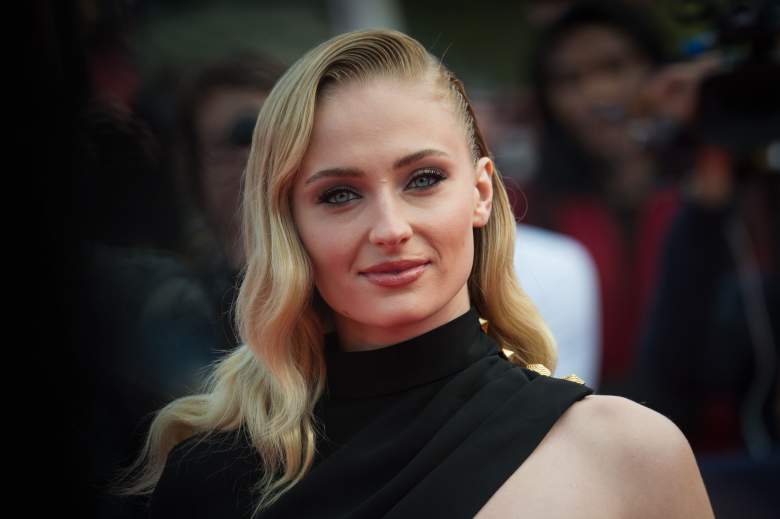 Actress Sophie Turner, who played Queen of the North Sansa Stark on the mega-hit HBO series Game of Thrones, went viral when she was seen a few hours before the game wearing an Anthony Miller jersey and clearly cheering for the Chicago Bears:

“For the Bears fans, I’m here, I’m repping you, shout out, Chicago Bears,” Turner said in a video shared by the Chicago Bears official Twitter account. With a Bears helmet in one hand and a football in the other, Turner seemed quite enthusiastic about being at the game. No word yet as to whether second-year wide receiver Anthony Miller, whose jersey she was wearing, is her favorite player. 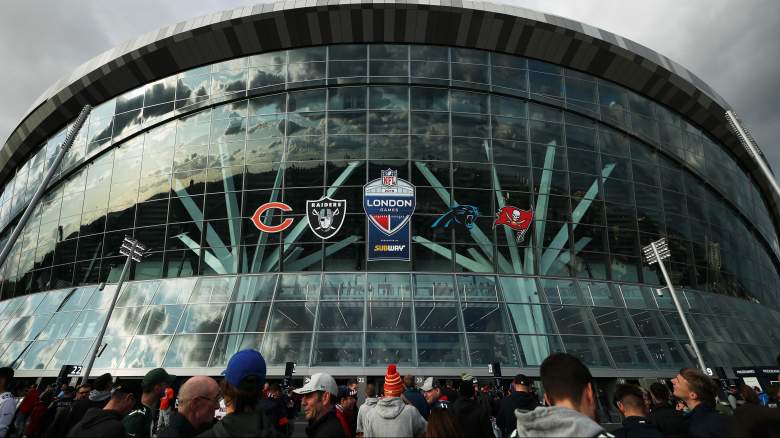 GettyThe London game between the Chicago Bears and the Oakland Raiders had a great deal of fan fare, especially leading up to the game. (Photo by Naomi Baker/Getty Images)

Bears fans and sports media on Twitter had a lot of fun with Turner repping the Bears, as she put it. Reporter Dov Kleiman suggested that ratings for the game could get a boost should the Queen of the North suit up:

The #Bears–#Raiders game should get a nice boost in ratings if they let Sansa Stark play. pic.twitter.com/tRG3kqj7kS

"I am Sansa Stark of Winterfell. This is my home. And the Raiders can’t frighten me. Nor my Bears."
*quote slightly altered_ https://t.co/mBgHlXEPEG

Ok I just emptied everything I had on the Bears because of Sansa Stark. This is totally different than betting on a dead mascot. I’ve never been more confident in my life

Whether the fun continues for the Bears against the Raiders will be revealed soon enough.

READ NEXT: Bears Inactives vs. Raiders: What is the Status of Akiem Hicks?