Keenan Allen is not a happy man right now, it seems. After losing to the Pittsburgh Steelers (who started their third-string quarterback on Sunday Night Football) Allen waited until Monday morning to vent some of his frustrations on Twitter.

First, Allen posted a bit of a cryptic plea: “Somebody better tell me something today I know that,” he wrote.

Somebody better tell me something today I know that.

Then, in response to NFL writer Pat Daugherty’s tweet asking: “How is every single Chargers game the EXACT same, Allen had a NSFW response. PLEASE NOTE: the following tweet included in this article has graphic language.

Clearly, Allen isn’t happy with the Los Angeles Chargers’ current 2-4 record. The wide receiver is having a solid season statistics-wise, with 40 receptions for 503 yards and three touchdowns in six games, but the team has been ravaged by injuries and has underperformed in nearly every game so far this season.

Trade Rumors Have Begun to Swirl Around Keenan Allen

As soon as Allen responded to Daugherty’s tweet and showed his unhappiness in public, the responses suggesting various trade destinations were immediate. Among some of the most popular suggestions were the Philadelphia Eagles, Green Bay packers, and, of course, the new England Patriots.

We gotta get you to Green Bay ASAP

Come to philly bro you'll have the home crowd every week

Allen did not respond to any of these suggestions, which would have fueled rumors even further.

Allen Has Been Talking a Lot of Smack in Recent Weeks 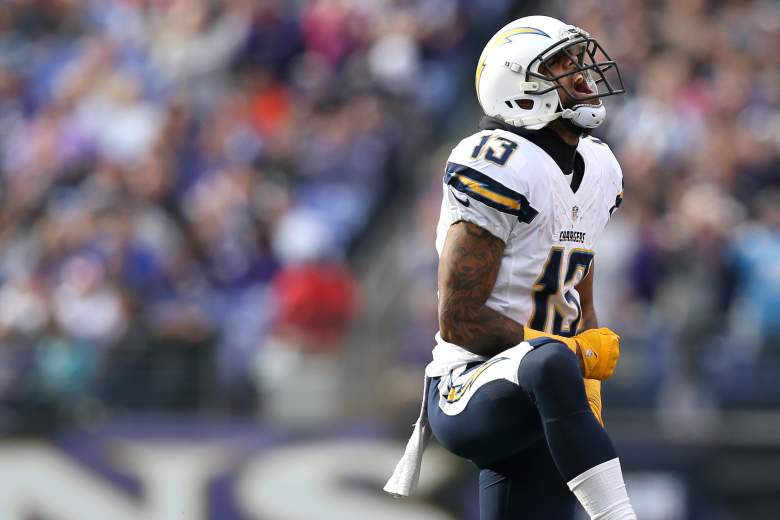 GettyLos Angeles Chargers wide receiver Keenan Allen had a strong start to the 2019 season. Lately, he has been showing signs of frustration, particularly on social media. (Photo by Getty images).

After the Chargers’ Week 6 game against the Denver Broncos, in which he had four catches for 18 yards, Allen responded to a post on a fan account dedicated to Broncos’ cornerback Chris Harris, saying: “Now, y’all know damn well that boy can’t hold my jockstrap. Stop it.”

Allen was apparently responding to the insinuation that Harris had shut him down that game. He has since deleted the response, but the Mile High Report retained a screenshot.

Allen is one of the Chargers’ top offensive weapons, and clearly the team’s best wide receiver. His chemistry with quarterback Philip Rivers is also well documented. Thus, it’s unlikely the Chargers would seek to trade him, at least right now. If Allen continues to vent publicly and act out on social media like this, however, that will provide even more fuel for the trade rumor fires.

The Chargers will head to Tennessee to face the Titans next Sunday. They’re currently in last place in the AFC West.