After the Minnesota Vikings’ 16-6 loss to the Chicago Bears Sunday, a few Vikings stars expressed dissatisfaction with the team and its current situation. Wide receiver Adam Thielen lamented about the team’s inability to throw the long ball, and the team’s other star wideout, Stefon Diggs had a few social media posts that raised some eyebrows.

While Diggs has since deleted many of his vague social media posts, the situation is certainly a big head-scratching. He signed a five-year contract extension with the Vikings in 2018 for $81 million with $40 million guaranteed, but that doesn’t mean a trade is off the table, especially if he’s not happy in Minnesota and the Vikings could get a decent value for him.

Among the multiple social media moves Diggs made which caught attention, one was the decision to follow multiple New England Patriots players, as Solomon Syed revealed.

Diggs also commented on Patriots wideout Julian Edelman’s Instagram photo (per The Pats Hole) and posted a photo with Thielen that featured a cryptic caption, as FanSided’s Ryan Heckman showed.

Apparently Stefon Diggs has been following Patriots players on Instagram. He also posted this to his story.

With Dalvin Cook healthy, the Vikings offense has become more centered around the run than the pass, and Diggs doesn’t look as comfortable in this offense as he has in years past. He has fumbled twice in four games this season after not fumbling once in his previous four seasons.

Right now, there are five teams who could be potential trade options that make sense for Diggs if the Vikings were to decide to trade him. 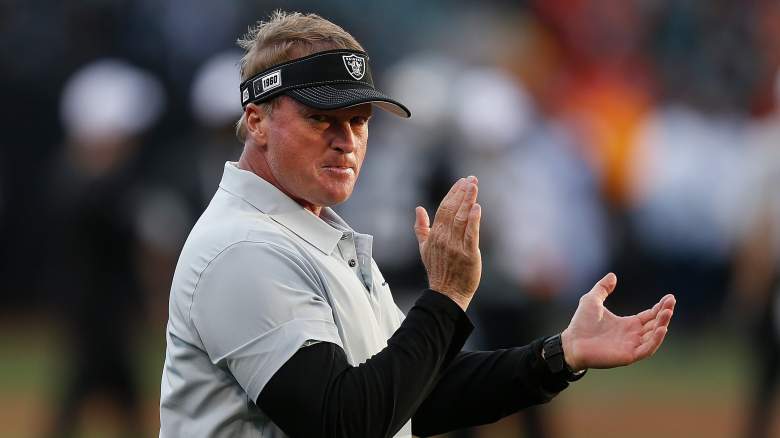 The Oakland Raiders certainly have the trade capital to acquire Diggs. They have several draft picks to work with, and after losing Antonio Brown, they no longer have a go-to star wideout. Diggs could be a great weapon for Derek Carr and this offense.

Jon Gruden’s team is off to a mediocre start, and acquiring Diggs could give them an immediate boost. Targets like Hunter Renfrow and Tyrell Williams are fine, but Diggs would be a clear upgrade where Oakland pass catchers are concerned.

After the Antonio Brown signing and release, it wouldn’t be surprising to see the Pats go after another wide receiver, although they may be a bit limited financially. Despite this, it’s certainly not off the table and wouldn’t be out of character for Bill Belichick and Company.

Diggs paired with Tom Brady sounds like a scary combination, and there’s likely not a wide receiver in the league who wouldn’t want to play alongside Brady.

GettyGiants quarterback Daniel Jones could use an improved receiving corps.

Put simply, rookie quarterback Daniel Jones needs more weapons, and Diggs would be an excellent veteran addition to the Giants roster. With Sterling Shepherd and an aging Golden Tate currently the team’s premier wideouts, acquiring Diggs would be an instant upgrade and would give the team its best wide receiver since Odell Beckham Jr. 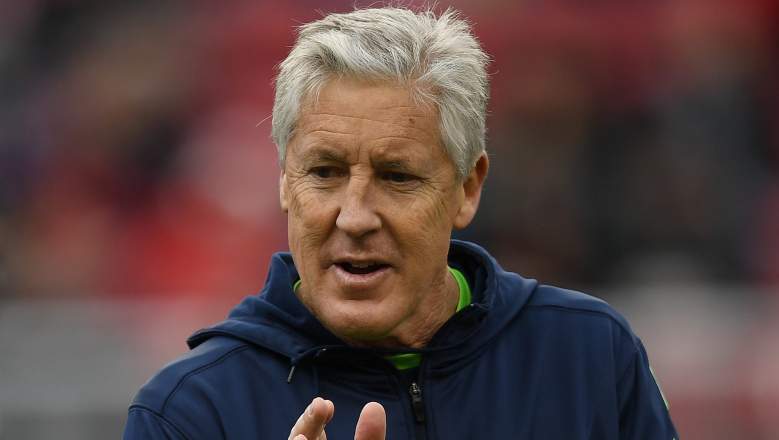 Even after acquiring Jadeveon Clowney this preseason, the Seahawks have room to acquire a few players. With the season Russell Wilson is currently having, giving him an additional top-tier wide receiver like Diggs could catapult the Seahawks offense. He has worked wonders with the likes of Tyler Lockett and DK Metcalf, and adding Diggs to the makes would make this offense more dangerous than it has been in a very long time.

Star quarterback Lamar Jackson has a few talented wideouts with potential in Marquise Brown and Willie Snead, but the team is sorely lacking in experienced pass catchers.

Diggs could give them that, and he would go to a team that is similar to the Vikings (strong defense, decent offense) but better (Lamar Jackson is having a much better year than Kirk Cousins, and the Ravens have a history of winning).