Le'Veon Bell sounded off on Twitter about 'random' drug tests he has been receiving from the league.

New York Jets star running back Le’Veon Bell is not happy with the NFL at present, and he’s airing his grievances on Twitter.

Bell took to Twitter Wednesday morning to say that he’s fed up with the numerous drug tests he has been asked to take this season.

Bell tweeted: “I done had 5 ‘random’ HGH blood test [sic] in 10 weeks…@NFL I’m not doing another after today, whatever y’all lookin for it obviously ain’t there & I’m not about to keep allowing y’all to stick me with those dirty ass needles…find the players who really do that HGH BS & get off me…”

I done had 5 “random” HGH blood test in 10 weeks…@NFL I’m not doing another after today, whatever y’all lookin for it obviously ain’t there & I’m not about to keep allowing y’all to stick me with those dirty ass needles..find the players who really do that HGH BS & get off me..

Bell then retweeted a few fan comments and replies to his original tweet.

The Jets running back was told by a fan that the “NFL is petty,” and that he was about to receive a sixth test. Bell retweeted this comment, and responded by saying: “and I won’t be doin it.”

Bell then responded to another fan who referenced his prior NFL suspension for marijuana possession in 2015, saying “you don’t need my blood to test me for marijuana weirdo…I can easily pee in a cup.”

you don’t need my blood to test me for marijuana weirdo…I can easily pee in a cup https://t.co/dpLMxC5P8C

Bell was suspended for the first three games of the 2015 NFL season for marijuana possession. He and former teammate LeGarrette Blount along with a third person, were pulled over in August 2014 and Bell received a citation for driving under the influence.

“I didn’t know you could get a DUI for being high. I smoked two hours ago. I’m not high anymore. I’m perfectly fine,” Bell said at the time. 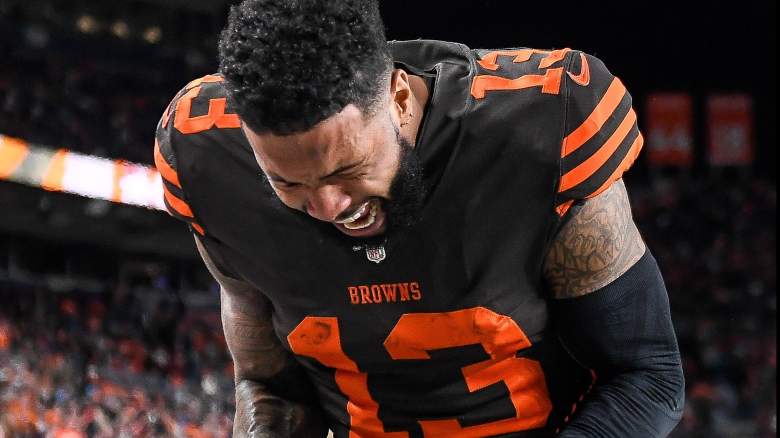 Bell is not the only one who has voiced displeasure with the league over frequent drug tests this season. Cleveland Browns wide receiver Odell Beckham Jr. also said recently that he is fed up with the frequent testing.

“[The NFL] made me come in Monday when we had an off day. Had a drug test … Made me come in Thursday after the game. Had another drug test … I know people who didn’t get tested for five months in the offseason and I’m getting tested every time,” Beckham said just a few days ago.

The NFL has yet to respond to Bell, but they responded to Beckham’s allegations. NFL spokesperson Brian McCarthy stated the following:

“Neither the union or the league are involved in the random selection of players to be tested. By means of a computer program, the independent administrator determines which 10 players will be randomly selected each week,” McCarthy said.

Carolina Panthers safety Eric Reid has also accused the league of a discriminatory and selective testing process. Just last year, Reid blasted the NFL, saying he didn’t think there was anything random at all about their drug testing process.