For fantasy owners, having Ertz in the lineup has been frustrating so far this year. He has gone over 13 fantasy points just once this season. So how will he fare at home this Sunday against the Chicago Bears? Here’s a breakdown of the game and his Week 9 fantasy outlook: 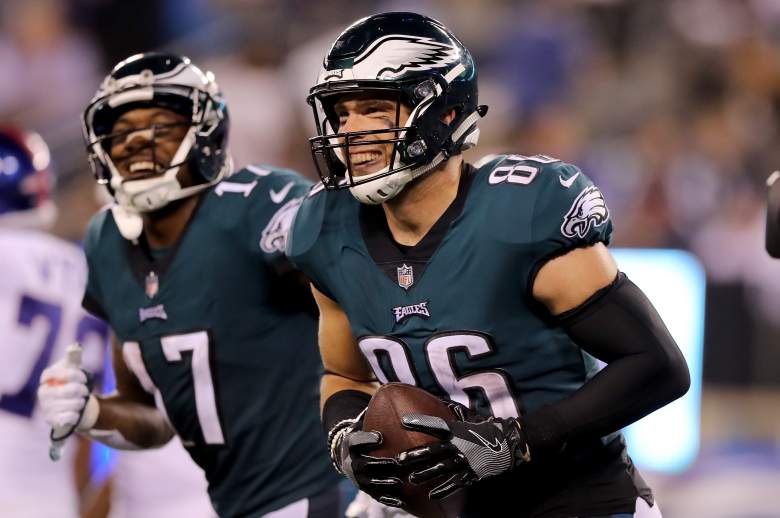 GettyEagles tight end Zach Ertz has had an up and down fantasy football season. How will he fare against the Chicago Bears Week 9? (Getty images).

The Bears have an excellent defense, but they also have a tendency to get torched by opposing tight ends. They are giving up the 12th most fantasy points to tight ends in the league this season. The Bears also are not the same defense without defensive end Akiem Hicks in the starting lineup. They’ve had two sacks in their last three games, so quarterback Carson Wentz should have ample time to find Ertz.

The Bears have been much better at stopping the run than they have the pass this season. They’re giving up 86 yards rushing, but Chicago’s secondary is giving up just over 230 yards passing per game.

Ertz is coming off a Week 8 game against the Buffalo Bills that saw him catch two passes for just 20 yards and no scores. Barring something drastic, like an injury, he should absolutely have more targets and production than that against the Bears. But is he worth a start this week?

Should You Start or Sit Zach Ertz Week 9 Against Chicago? 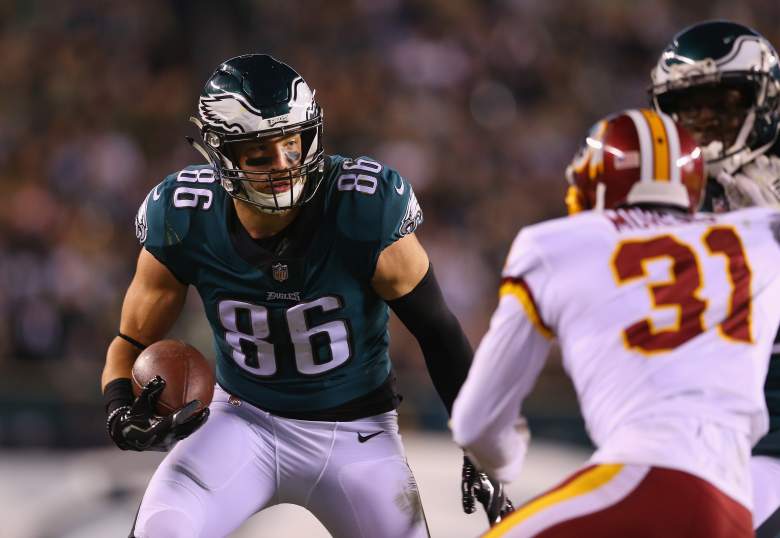 Ertz was the second-highest scoring fantasy tight end in the league last year, so he should pick it up eventually–and he should start to pick it up this week against the Bears. The last time Ertz played against this Bears defense was in the playoff game the Bears lost in January. In that game, Ertz was targeted seven times, and he caught five passes for 52 yards. The Bears also gave up a touchdown to a tight end in that game–but it was to Dallas Goedert.

Look for Ertz to have a good game against a Chicago Bears team that has been an absolute mess and a definite disappointment halfway through the season. The Bears offense has been dreadful, and their ineptitudes maintaining drives have worn their defense down at times. That will likely be the case again this week.

Final Verdict: START him. He’s due for a big game, and he should be a solid start at tight end against a Bears defense that has not been defending the position well. He may not have 100 yards, but he should have 7-8 targets, and he should score his second touchdown of the season.