Getty Lincoln Riley and Urban Meyer have been linked to the Dallas Cowboys.

Urban Meyer, Lincoln Riley and Tony Elliott are just the latest candidates to be connected with the potential Dallas Cowboys coaching search. Cowboys owner Jerry Jones once again made it clear that Jason Garrett will finish out the season as head coach, but all signs point to him coaching his final few games with the franchise.

NFL Network’s Jane Slater reported that the Cowboys’ Stephen Jones has already been in contact with Meyer likely gauging his interest in potentially becoming the team’s next head coach.

“Jerry Jones says Jason Garrett will remain the coach but I can confirm a very real interest in Urban Meyer. In fact, I’m told Stephen Jones spoke with him recently. Lincoln Riley remains a strong candidate & file this name as a possibility Clemson OC Tony Elliott per sources,” Slater tweeted.

The bigger question is whether Meyer shares the same interest in the position. Meyer last coached at Ohio State in 2018 and left the program, in part, because of health concerns. Meyer was previously linked to the USC job, but the Trojans ultimately decided to retain Clay Helton. Meyer told Buckeye Extra earlier this season that he believed he was done coaching.

“I learned my lesson long ago,” Meyer said, per Saturday Down South. “All I’m going to say is I believe I’m done (coaching). I think I’m done.”

Lincoln Riley Once Again Linked to the Cowboys

This is not the first time Riley has been mentioned as a potential candidate for the Cowboys if they move on from Garrett. NFL Network’s Ian Rapoport previously reported that the Jones family has a relationship with the Oklahoma head coach.

“From @NFLGameDay: The #Cowboys won’t fire Jason Garrett midseason, but why is #Oklahoma coach Lincoln Riley a name to watch if they do? The Jones family already is close to Riley thanks to the courtship of walk-on QB John Stephen Jones… who ended up at Arkansas,” Rapoport tweeted in November.

Riley has been a highly-sought after head coach thanks to the NFL’s newfound emphasis on explosive offenses. Riley helped produce back-to-back No. 1 picks in the NFL Draft with Kyler Murray and Baker Mayfield. Oklahoma has consistently had one of the best offenses in college football under Riley’s leadership. It remains to be seen whether Riley is willing to leave college football for the NFL, but the Cowboys job is as marquee as they come.

Tony Elliott Has Played a Key Role in Clemson’s Success

Elliott has been a hot name for recent college football head coaching vacancies, but it is unique to have the Clemson coach connected to the NFL. It would be a big jump to go from being a college football assistant to an NFL head coach.

That said, Elliott has played a key role in Clemson’s high-powered offense and is widely regarded as one of the top college football assistants in the country. Elliott has Clemson head coach Dabo Swinney’s stamp of approval as he called his assistant a “future head coach” during a 2015 ESPN interview.

“He was such a great leader, and I had such great respect for him,” Swinney told ESPN. “He was a student of the game, and I could never give him enough. He was a meticulous note-taker and would always ask great questions. He was always about maximizing his ability and loved his teammates. One of the things I always loved about him was that he was always trying to serve his teammates.” 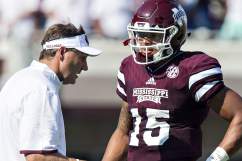 Read More
College Football, Dallas Cowboys, Football, NFL
Urban Meyer, Lincoln Riley and Tony Elliott have been linked to the Dallas Cowboys in the latest coaching rumors. Find out more about the next potential coach.