Getty The Seahawks take on the 49ers in Week 17.

The Seattle Seahawks are headed to the NFL playoffs, but their seed will be determined after Week 17. Seattle’s Week 16 did not go exactly as planned after getting off to a slow start against the Cardinals, and the Seahawks never recovered.

The Seahawks will take on the 49ers with the NFC West title on the line in Week 17. The NFL flexed the Niners-Seahawks game to primetime as the Sunday Night Football finale. Heading into Week 17, the Seahawks are the No. 5 seed but would hold the tiebreaker over the Vikings if the teams finish with identical records thanks to their win earlier this season.

Seattle was victorious over San Francisco in their matchup earlier this season. The Seahawks got off to a slow start, but they were able to rally to come away with the win. If things play out like most of the Seahawks games this season, fans can expect another close matchup against the 49ers. Seahawks head coach Pete Carroll noted that he believes the close games will help the team during their playoff push.

“I love close games,” Carroll said, per Seahawks.com. “I think they help you. They make you stronger. They keep you in the game longer. They make you have to focus farther, and it prepares you for more kinds of things that can happen that you need background and experience in. It would really be OK if we could win by a lot sometimes. That’d be fun. (But) this is this season.”

If the Seahawks were to be the runner-up in the division, they will likely be the No. 5 seed taking on the NFC East winner. The Seahawks would then travel to either Philadelphia or Dallas during Wild Card weekend depending on who wins the NFC East.

Here is a look at the current Seahawks playoff standings. 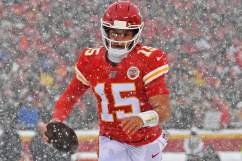