Getty Eddie Jackson and Ha Ha Clinton-Dix were the two starting safeties for the Chicago bears in 2019. (Photo by Rob Carr/Getty Images)

The Chicago Bears have just made their first major offseason move when it comes to securing their dominant defense moving forward. Friday, it was announced that the Bears re-signed Jackson to a 4-year deal worth $58.4 million. The deal will give Jackson, who was an All-Pro in 2018 and is a Pro Bowler this season, $33 million guaranteed with $14.6 million a year, making him the highest-paid safety in the NFL.

The #Bears and star S Eddie Jackson agree to terms on a 4-year extension worth $58.4M, per his agents @_SportsTrust. He gets $33M total guarantee, $22M fully guaranteed. $14.6M yearly average is the highest at the position. Big money.

Jackson still had one year remaining on his rookie contract prior to signing this contract extension, but the Bears wasted no time making sure he stays in Chicago for the near future. Monday was the first day Jackson was eligible for a contract extension, and he was signed Friday. Jackson will begin his fourth season with the Bears in 2020, and in his first three seasons, he has already established himself as one of the best safeties in the league.

The Bears drafted Jackson in the fourth round of the 2017 draft with the #112 overall pick, and he earned under $3 a year in his first three seasons.

After his first year playing with Jackson in 2018, All-Pro linebacker Khalil Mack said this about Jackson: “That guy’s a special player, special talent. Great leader, on and off the field. He’s always in the right position to make plays. You see it week in and week out. He’s the best safety in the league to me, for sure.” 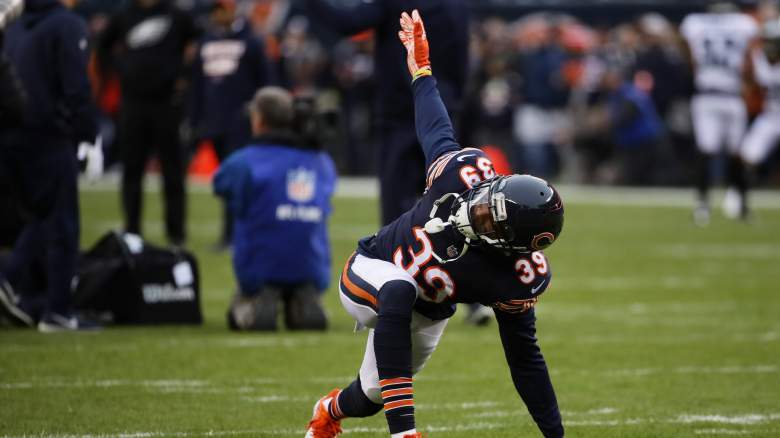 GettyChicago Bears safety Eddie Jackson was an All-Pro in 2018 and a Pro Bowler again in 2019, in his third season. (Getty images)

Jackson’s 2016 season in Alabama ended when he broke his leg. Some say his position in the 2017 draft may have fallen as a result of his choice to have surgery in 2017 to remove a screw that was there as a result of the 2016 break.

Eddie Jackson also fell in the draft because he had surgery right before it to remove a screw causing him pain. The #Bears got a steal and Jackson gets paid as he deserves. https://t.co/kM88f2zlAo

Jackson has missed just two games in three seasons with the Bears, and he has established himself as one of the NFL’s premiere defensive play-makers. He has five defensive scores in three seasons, while also forcing four fumbles and snagging 10 interceptions. He also has 26 pass defenses, two sacks and eight tackles-for-loss.