The fans have spoken and the Falcons have listened. After 17 seasons spent in their current uniform, the Atlanta Falcons announced on Tuesday evening via Twitter they are unveiling new uniforms in April for the 2020 season.

Also on Tuesday, Falcons owner and CEO Arthur Blank sent a letter to season ticket members informing them of the big change:

“Time and again, we’ve heard you ask for new uniforms over the years,” Blank said. “We’ve listened to your feedback and worked closely with Nike and the NFL over the past two years to create a look that represents you and reflects Atlanta’s culture, pride, and unity.”

Uniform Changes Through the Years

1966-1970: During the Falcons’ inaugural years, the players wore red helmets, black jerseys, white pants, and striped black socks. The uniform also featured numbers on the should and the Falcons crest on the sleeve that was reused in later years.

1971-1977: Atlanta reversed the red and black details which resulted in an almost completely red jersey. It was a simple jersey.

1978-1983: Silver was introduced to the jersey, facemask, stipes, and numbers and pants. The road jerseys had red numbers instead of black, which became a theme over time. In 1981 the Falcons crest came back on the jersey sleeves.

1984-1989: The most noticeable change in the Falcons uniform history is said to be when they switched to black facemasks in 1984. In the late ’80s, the logo was moved onto the stripes giving it a more modern appeal. It was the era when long sleeves and huge pant belts were introduced.

1990-1996: In the era where color T.V. became popular, the Falcons went with a blackout featuring black jerseys and black helmets. Very little red was shown on the pant stripes, numbers, and 25th-anniversary logo patch.

1997-2002: The home uniforms stay nearly the same, but the road uniforms featured red again in the numbers and socks. Wearing this uniform, the Falcons won the 1998 NFC Championship game and 2002 playoff game at Lambeau field, so this set might have been the best. 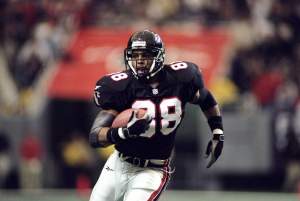 2003: A new logo and brand new uniform were unveiled. The uniform featured a metallic paint black helmet with the new Falcons crest and modern jerseys and pants in black and white. The road jerseys are still the same look as the ones worn today. 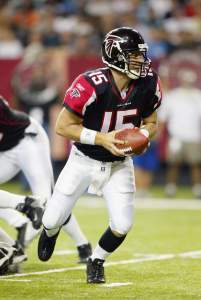 2004-2008: Under head coach Jim Mora, the Atlanta Falcons tried red on black uniforms but were considered too “Arena League” for the rest of the NFL. Black on black was also seen many times. 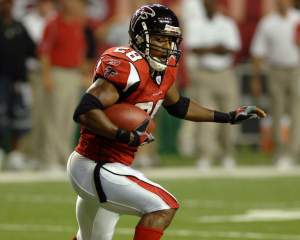 2009: During this season, the Falcons stopped wearing their all-black alternate uniform. They replaced it with a 1966 throwback jersey and pants set and have continued to only look to the past when switching up uniforms. 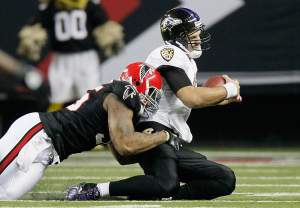 Coming April 2020: The Falcons have been working with Nike to come up with a new design. With most teams going with a more modern look, it could be that the Falcons might take a trip down memory lane, but add some sort of twist so they stand out from the rest of the league’s uniforms.

Joining them, the Cleveland Browns and Los Angeles Rams will also be unveiling new uniforms this spring.