Hall of Fame quarterback Joe Montana played 13 seasons with the San Francisco 49ers, and he won four Super Bowls in that time, while also becoming the first player to be named Super Bowl MVP three times.

Montana had a long and storied career as a member of the 49ers, but he did not finish his career in San Francisco. In 1993 and 1994, his final two seasons, he was the starting quarterback for the Kansas City Chiefs. Both the Niners and the Chiefs will face off February 2 in Miami in Super Bowl LIV, and on Monday, Montana took to Twitter to make a fun prediction about the game.

Joe Montana on Super Bowl LIV: A Guarantee About the Victor is Made 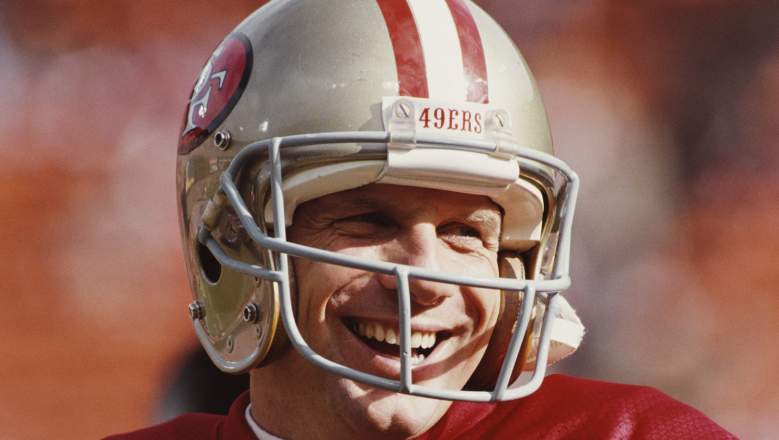 GettyJoe Montana played for both the Chiefs and the 49ers, but he will always be known for what he did with the 49ers. (Photo by Otto Gruele Jr/Allsport/Getty Images)

On Monday afternoon, the legendary QB tweeted out an image that showed two of his old jerseys in separate frames sitting side-by-side surrounded by trophies. One was a red 49ers jersey; the other, a white Chiefs jersey. Montana then made a ‘guarantee’ of sorts: “You heard from me first,” he wrote. “I GUARANTEE my team will win the SUPER BOWL!!”

You heard from me first. I GUARANTEE my team will win the SUPER BOWL!! pic.twitter.com/WAndTV2hBN

In what was also a nod to another guarantee made by a different-yet-equally famous Joe, Montana’s declaration and guarantee were both fun and festive; he could have picked a side or a team, but instead, he chose to eschew trash talk in favor of a sense of humor. Plus, there’s no way he can go wrong with a prediction like that. 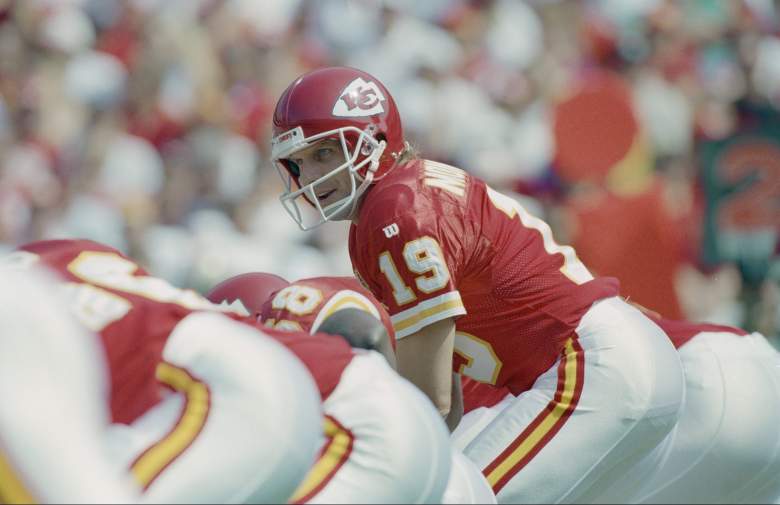 GettyJoe Montana #19, Quarterback for the Kansas City Chiefs calls the play at the snap during the American Football Conference West game against his former team the San Francisco 49er on 11 September 1994 at the Arrowhead Stadium, Kansas City, Missouri, United States. The Chiefs won the game 24 – 17. (Photo by Mike Powell/Allsport/Getty Images)

Montana was an eight-time Pro Bowler, and at the time of his retirement in 1994, he had the second-highest passer rating of all-time. He was a two-time MVP, a three-time All-Pro, and he was recently named to the NFL 100 All-Time team, one of 10 quarterbacks represented. Montana was inducted into the Pro Football Hall of Fame back in 2000.