After leading the San Francisco 49ers to a 13-3 regular season record and a Super Bowl appearance in his third season as the team’s head coach, Kyle Shanahan has carried the family torch quite capably, establishing himself as one of the brightest offensive minds in the business.

His father, former Denver Broncos head coach Mike Shanahan, won back-to-back Super Bowls in Denver in 1998-99, and presented his son’s team with the George Halas Trophy after the 49ers won the NFC Championship this year.

Dick Vermeil, the 83-year old former head coach who led the Rams to victory against the Tennessee Titans in Super Bowl XXXIV, is a fan of both Shanahans, and he had some extremely flattering things to say about Kyle in particular. 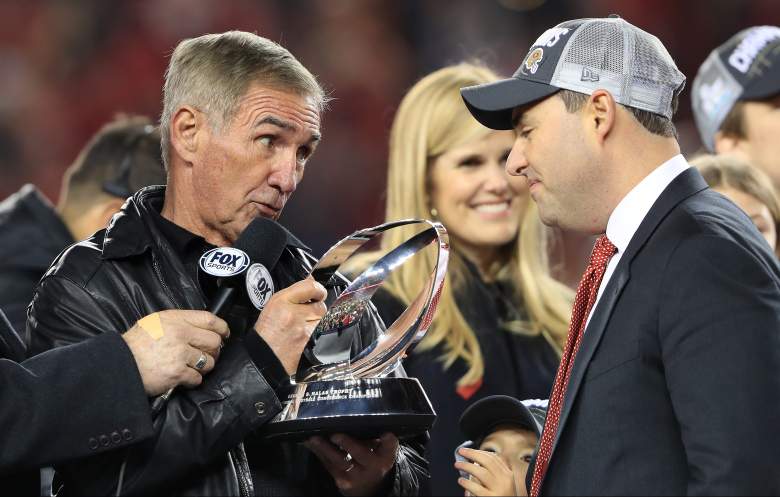 Per the San Francisco Chronicle’s, Eric Branch, Vermeil spoke of Kyle Shanahan fondly in a recent interview after the 49ers lost Super Bowl LIV to the Kansas City Chiefs. “Kyle Shanahan, to me, is the most impressive young coach I’ve seen come in the league at any time. Ever,” Vermeil said. “And I thought that when I watched him at Atlanta as a coordinator. It’s in his DNA,” he said, referencing Mike.

Vermeil then gave the younger Shanahan quite a flattering compliment, comparing him to one of the most decorated NFL coaches of all-time:

“I think Kyle has a chance to be like his dad, and another Belichick. Plus, he’s got the support staff. He’s got the people above him that will support how he wants to do things.”

Vermeil also went on to say he thinks both the 49ers and Chiefs will wind up in the Super Bowl next season, despite the statistical improbability of that happening. The Niners will have one of the more difficult schedules in the NFL in 2020, and while they were relatively healthy this season, they may not have the same luck again next year.

And while Vermeil noted Shanahan has the support of “the people above him,” which would be 49ers CEO Jed York and GM John Lynch, his defensive coordinator, Robert Saleh, will be a top target for head coaching positions in 2021, so keeping the coaches surrounding him intact may prove to be the bigger challenge for the promising young coach.