After the San Francisco 49ers lost Super Bowl LIV to the Kansas City Chiefs, running backs Raheem Mostert and Damien Williams signed and exchanged jerseys. The 49ers’ Mostert and Kansas City’s Williams had known each other previously after playing together with the Miami Dolphins in 2015, and they remained friends. Williams had an impressive game, netting 133 total yards and two touchdowns in the Chiefs’ win. When Williams went on Jimmy Kimmel Live later in the week, the host asked him if he regretted giving his jersey to Mostert, especially considering what a huge performance he had in the big game.

“That’s funny you say that, because my mom was like, ‘Where’s your jersey at?'” Williams told Kimmel. While Williams didn’t ask for the jersey back, or even hint it was something he wanted, it must have been something Mostert began to think about.

When asked about Williams’ jersey later in the week, the Athletic’s Matt Barrows noted that Mostert was willing to give the jersey back, saying that if Williams called and asked to swap the jerseys back, he would be “more than happy to.”

Raheem Mostert said he's more than happy to send Damien Williams' SB jersey back if he wants it. (The swap was Williams' idea).
"If he calls me back and he's like, 'Hey, can we swap jerseys back?' then I'm more than happy to. Because I know the sentimental value it has to him."

As it turns out, Mostert decided to give the jersey back to Williams a few hours after he was initially asked about it, and his reasons for doing so are grade A.

Raheem Mostert to Damien Williams: ‘You Did Your Thing’ 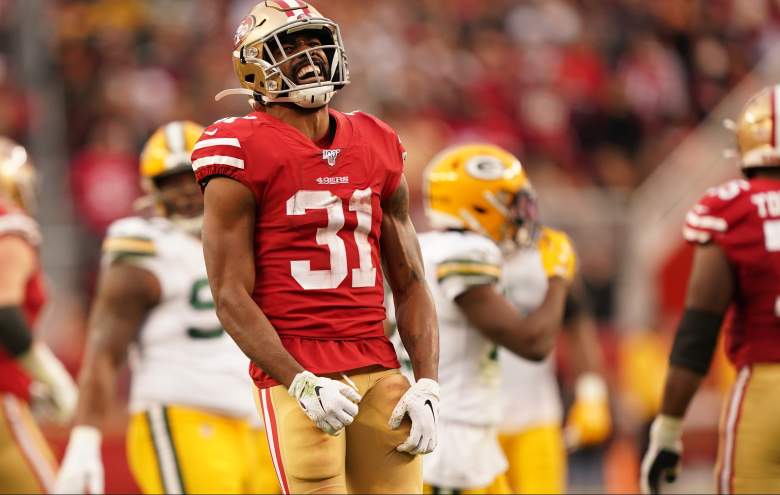 Mostert took to Twitter Wednesday evening to let Williams know he was returning the jersey. “Contemplated putting this on eBay,” Mostert joked. “But this belongs to YOU and yours! You did your thing. Hand this down for generations! PROUD OF YOU BRO! Much love.”

Contemplated putting this on eBay ? but this belongs to YOU and yours! You did your thing. Hand this down for generations! PROUD OF YOU BRO! Much love. #undraftedRBs @TooLoose26 pic.twitter.com/RL4oIgtQhr

Mostert had 12 carries for 58 yards and a score for the Niners in the Super Bowl, and he averaged 4.8 yards a carry. The 49ers led going into the fourth quarter, but got outscored 21-0 in the final 15:00.

The 49ers running back has a reputation for being a selfless player, and this gesture goes a long way in supporting that claim. Mostert telling Williams to hand the jersey down for generations was also a thoughtful way to let the Chiefs running back know that should his mother still want the jersey, she can now get her wish.

Regardless which person in Williams’ family may end up with the signed memorabilia, Mostert’s returning of his friend and temporary competitor’s jersey was an excellent display of sportsmanship, and it’s a gesture Williams and his family will likely never forget.