Ask and you shall receive. Kansas City Chiefs wide receiver Tyreek Hill sent out a tweet last week wondering if there was “a way we can get wasp into” Madden. The ‘wasp’ he was referring to was Jet Chip Wasp, a huge play executed by Hill and Chiefs quarterback Patrick Mahomes that sparked Kansas City’s eventual comeback win.

Down by 10 points in the fourth quarter, Mahomes hit Hill with a 44-yard dime on 3rd and 15 that set up a score and took the wind out of the 49ers’ sails. The play was both dynamic and effective, and it will now be incorporated into Madden NFL 20, the football video game that has become a staple for football fans and athletes everywhere. Hill asked, and Madden responded, adding the play to its virtual repertoire.

is there a way we can get wasp into madden ??

Tyreek wanted one of the Chiefs biggest Super Bowl plays, Jet Chip Wasp, added to Madden. So they made it happen ?? @cheetah @EAMaddenNFL pic.twitter.com/OOYWPY6qQB

Madden 20 Added ‘Jet Chip Wasp’ in a Matter of Days 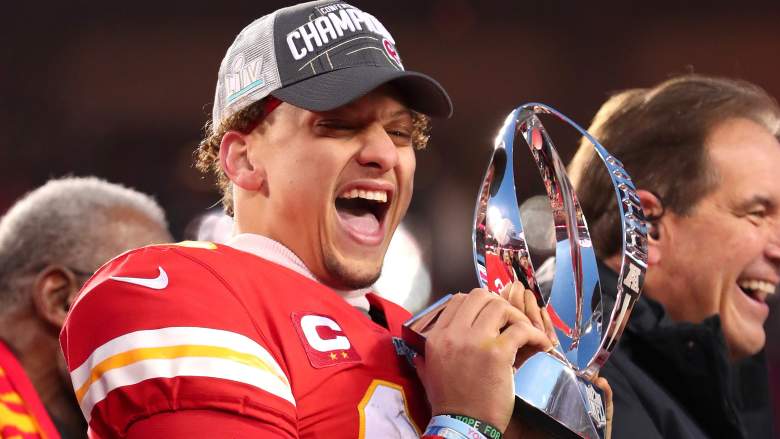 Just a day after Hill’s tweet, Madden NFL 20’s account responded, saying the play was “coming soon.” It was added just a few days after that.

The play is listed under the ‘Gun Trey Y-Flex’ formation in the game, with Hill listed as the primary receiver. Hill has become known for his athletic and exciting plays, but this play specifically may be his signature play so far.

Kansas City’s comeback win coupled with Mahomes’ success this season (he was MVP of Super Bowl LIV, and he came back from a dislocated knee in mid-October to lead the Chiefs on their Super Bowl run) has led some to suggest Mahomes has officially broken the “Madden Curse.”

For those unfamiliar, the curse, as Digital Trends notes, refers to the fact that 16 of the 22 players who have been been on the cover of the Madden NFL video games over the years have had awful, catastrophic, or injury-ridden seasons after being on the cover. That same fate did not befall Mahomes, who missed just two games this season after the kneecap dislocation. Madden NFL 20’s Twitter account even made a nod to Mahomes breaking the curse immediately following Kansas City’s Super Bowl victory.

Baltimore Ravens quarterback Lamar Jackson, who will be on the cover of the next installment of the video game, doesn’t seem concerned about any curses. “I don’t believe in no curse,” Jackson said after the Super Bowl. “I play football. If it comes, it comes but I’m playing football at the end of the day.”