Getty The Final Four could be moved to a smaller venue in Atlanta.

The Final Four is expected to go on as scheduled, but the NCAA announced that no fans will be allowed in attendance. The 2020 Final Four will be held in Atlanta, but it looks unlikely that it will be at the Mercedes-Benz Stadium. The Associated Press’ Ralph Russo reported that the NCAA is exploring the idea of moving the semifinal and championship games to a smaller venue.

“Mark Emmert says the NCAA is looking to move the Final Four out of Mercedes-Benz Stadium into a smaller venue in Atlanta. Regional sites could also be moved from the currently scheduled arenas to smaller venues in same cities. The plan is to keep sites for the 1st round as is,” Russo noted on Twitter.

The NCAA has not announced a new host site in Atlanta, but the State Farm Arena or Georgia Tech could be potential options depending on the availability from April 4-6. The Athletic’s Jeff Schultz detailed some of the available options in the greater Atlanta area.

There is still a chance the NCAA could alter plans by the time the Final Four draws closer. As of now, it appears the Final Four will still be held in Atlanta at a smaller venue without fans.

Taylor Swift was scheduled to be the headline performer for the Final Four’s concert series called JamFest. The NCAA has not made an announcement on whether Swift’s downtown Atlanta show will still take place, or if any of the other Final Four fan activities will go on as scheduled. If fans are not allowed at the basketball games, it seems unlikely that the NCAA would continue with its plans to have thousands of people gather at Centennial Park for the concert series. Fans will have to wait to see if the NCAA makes an official announcement on the upcoming events.

Some of the additional artists scheduled to perform at JamFest include Halsey and Tayla Parx. The NCAA released a statement detailing why the decision was made not allow fans into NCAA tournament matchups.

Given these considerations, coupled with a more unfavorable outcome of COVID-19 in older adults – especially those with underlying chronic medical conditions – we recommend against sporting events open to the public. We do believe sport events can take place with only essential personnel and limited family attendance, and this protects the players, employees, and fans.

College basketball is not the only sport impacted by the Coronavirus as NBA and MLB teams are among those who have announced changes. The Warriors will play home games at an empty Chase Center for the foreseeable future, while the Seattle Mariners are moving their initial home series to another location. The Athletic’s Sam Amick reported that the NBA is considering moving the season back through July as a response to the coronavirus outbreak.

But sources say the league is still considering more sensible options as well, among them the prospect of pushing its entire calendar back. The NBA has been asking teams to provide its arena schedule through July, which is as clear a sign as any that the notion of putting everything on hold for a while so the authorities can attempt to contain the virus remains in play. 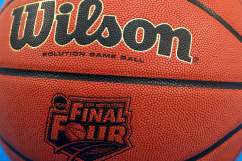 Final Four 2020: How Will Coronavirus Impact NCAA Title in Atlanta?