Is the Mitchell Trubisky Era about to be a thing of the past in Chicago? According to NFL insider Mike Florio, it is.

According to Florio, Bridgewater is about to usurp Trubisky as the starter for the Chicago Bears. “Per a source with knowledge of the situation, talks are underway between the Bears and Saints quarterback Teddy Bridgewater,” Florio wrote. “The initial numbers floating around (something in the range of $21 million per year) suggest that Bridgewater would be installed as the No. 1 option in Chicago. And that would be a great deal for a guy who has started six games since January 2016.”

Bears are talking to Teddy Bridgewater about a deal that, if finalized, would most likely make him the starter over Mitchell Trubisky https://t.co/nhGeCF5iJ7

The Bears currently have just over $21 million in cap space at present, according to Spotrac, so there will need to be a few more moves made if the team intends on signing Bridgewater. A huge one that comes to mind is releasing starting linebacker Leonard Floyd, which would free up $13.2 million. It’s looking more and more as though that will happen soon.

Teddy Bridgewater Has Earned an Opportunity to Start 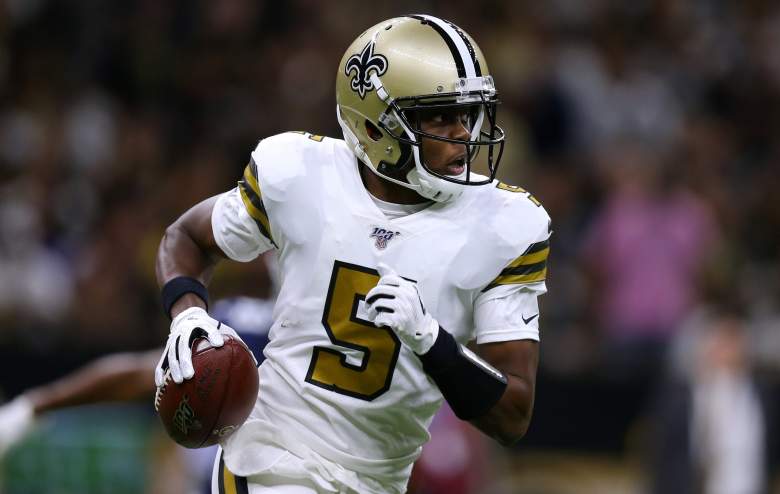 In relief of an injured Drew Brees in 2019, Bridgewater went 5-0 in his five starts, and he has proven to be a capable starter in his limited opportunities. After a gruesome ACL tear in 2016, many thought Bridgewater’s career could be over. He was drafted by the Minnesota Vikings in the first round (32nd overall) of the 2014 NFL Draft, and he showed a great deal of promise in his first two seasons prior to the ACL tear.

He was traded to the Saints in 2018, and from there, he thrived. He is 5-1 in six starts with New Orleans, throwing for 1,502 yards, 10 touchdowns, and three interceptions in his two seasons with the team.

Nothing has been finalized yet from either side, but Florio went public with the information, so there’s likely a grain of truth to the rumor. Several Bears beat writers also concurred, including the Chicago Tribune’s Brad Biggs, who thinks Chicago could get some competition for Bridgewater from the Tampa Bay Buccaneers. “#Bears are working to make a deal happen with Teddy Bridgewater. #Bucs have also expressed interest. Tom Brady could play a role in it all. If Brady goes to #Chargers or stays with #Patriots, Tampa might emerge as frontrunner,” Biggs wrote.

#Bears are working to make a deal happen with Teddy Bridgewater. #Bucs have also expressed interest.

Tom Brady could play a role in it all. If Brady goes to #Chargers or stays with #Patriots, Tampa might emerge as frontrunner for Bridgewater.

Should the Bears sign Bridgewater, many are of the opinion it signals the end of Mitchell Trubisky’s time as the team’s starter. Bridgewater, with his ability to run and read defenses, would definitely be a solid fit in Matt Nagy’s system.

Report: #Bears are talking to QB Teddy Bridgewater. If they sign him, Mitch Trubisky's starting days are over. (Obviously) https://t.co/A9S8OKCYl0

If #Bears sign Teddy Bridgewater, it won't be for open competition. pic.twitter.com/zJj8pkGPMD

We’ll keep you posted as the situation develops further.