Getty The Seahawks could have interested in free-agent linebacker Clay Matthews.

The Seahawks love a good bargain and a new veteran free-agent may be a good fit for Seattle. The Rams released six-time Pro Bowl linebacker Clay Matthews making him a free agent, and the Seahawks have already been linked to him. After Matthews was released, The Seattle Times’ Bob Condotta noted that Pete Carroll has been a big supporter of Matthews since their days together at USC.

Matthews is coming off eight sacks, two forced fumbles and 37 tackles in 13 games with the Rams. The linebacker is best known for his 10 seasons with the Packers.

Carroll Admitted That He Did Not Fully Utilize Matthews at USC

Back in 2015, Carroll called Matthews “one of my big misses” and admitted that the linebacker should have played much sooner during his USC tenure. The USC coach noted that he underestimated Matthews during their time together.

“Maybe because of the way he came up, it took him a long time to develop, and didn’t recognize the great heart that he had, and unbelievable competitiveness and the great savvy that he demonstrates now,” Carroll told the Milwaukee Journal Sentinel. “It’s really one of my big misses. I should have figured that out a lot sooner than I did. He made the rest of it history and been an extraordinary player ever since.”

After Matthews was signed by the Rams, he was asked about Carroll. Given he was playing for one of the Seahawks’ rivals, Matthews joked that he could not discuss his former college coach.

“Clay Matthews, asked if Pete Carroll has wished him luck with the @RamsNFL ? ‘Is that taboo around here? We don’t speak his name, like Voldemort?'” NFL Network’s Andrew Siciliano tweeted.

Matthews had a $3 million salary last season with the Rams which seems to indicate the Seahawks could sign the linebacker to an affordable one-year deal. The Rams released Matthews to avoid a $2 million roster bonus that he would have received for 2020, per Spotrac.

Any potential roster move such as signing Matthews or any of the other free agents are unlikely to be completed before Jadeveon Clowney announces a decision. From what has been reported, the Seahawks likely have a more lucrative long-term offer out to Clowney as well as a one-year deal with a lower salary if the defensive end opts to test the market again next offseason.

The Seahawks need to know if they will be designating a big chunk of their cap space to Clowney, or will have a bit of wiggle room if the defensive end opts to bolt in free agency. The Seahawks have also been linked to former Vikings’ pass rusher Everson Griffen as a potential backup option.

Seattle could look to re-sign Clowney and bring in additional defensive players if they make a few roster cuts to create more cap space. During the 2015 interview referenced earlier, Carroll praised Matthews’ versatility and how the Packers utilized the linebacker.

“They’ve moved Clay around,” Carroll explained, per Milwaukee Journal Sentinel. “He’s played behind the line of scrimmage and they’ve utilized him for all of the great ability that he has and the aggressive nature that he has, shows up when he plays off the ball as well as when he’s on the ball. We have to wait and see. We don’t know how they’re going to use him. We know how they have and anticipate some stuff, but we’re going to have to wait until game time to see how they do it.” 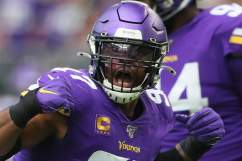