The later round of the NFL Draft can be a bit of a trudge, so no one can blame Cleveland Browns star wide receiver Jarvis Landry for tuning out.

However, Landry not keeping track of the Browns draft class caused a bit of an awkward situation with one of his future teammates, Donovan Peoples-Jones.

Cleveland took the former Michigan standout in the sixth round and he quickly texted Landry that he couldn’t wait to get started. The two got to know during the pre-draft process, but Landry didn’t realize that Peoples-Jones would soon be his disciple.

“Man, yeah, I know. I can’t wait either,” Landry said with a smile while describing the situation to reporters on a conference call Wednesday. “Then I looked on Instagram and I saw we drafted him. And I was like, ‘Oh, wait. We drafted you.’ It was kind of like an awkward moment.”

One of the first things Peoples-Jones said after being drafted was that he was pumped to get to work with Landry and Odell Beckham Jr. in the wide receivers room.

“Personally, I love competition. Personally I rise when the competition rises,” Peoples-Jones said. “Those are two of the best receivers in the NFL. I am so thankful for this opportunity to come to Cleveland. I really can not wait.” 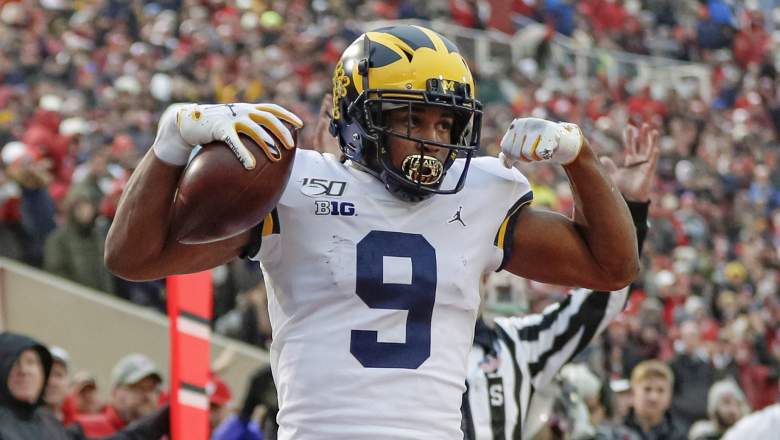 Peoples-Jones was the top high school wide receiver in the country in the 2017 class, according to 247Sports.com, but didn’t put up the numbers expected during his time at Michigan. He’s athletically gifted and has potential, but slid to the sixth round, where the Browns were more than happy to pick him up.

“With Donovan, we got a player that has played outside and inside,” Browns coach Kevin Stefanski told reporters in a post-draft conference call. “I think there is versatility with this player in terms of where you can play him in the formation. Having return ability and having a history in the return game helps. I do think he has the physical skillset to be a special teamer. There is a lot this kid can do. Then, it is going to be a matter of him showing it to us.”

While some of the Browns pass-catchers headed to Texas to train with quarterback Baker Mayfield, Landry and Peoples-Jones have reportedly been working out and getting to know each other in Florida. Landry believes Peoples-Jones’ inquisitive nature will help him catch on.

Donovan Peoples-Jones is in Ft. Lauderdale working out with Jarvis https://t.co/VrTliam7cO

Jarvis Landry Ahead of Schedule on Rehab

Landry also shared an update on his rehab on Wednesday and he said he is ahead of schedule when it comes to his return date.

“The rehab process is going great,” Landry told reporters. “Right now I’m a little bit ahead of schedule. Most important thing is taking it day by day and being healthy for the season.”

Landry has not missed a game in his career, earning a reputation as an iron man at the wide receiver position. On top of that, he was extremely productive despite being banged up, collecting a career-high 1174 yards last season and six touchdowns. When it comes to a role model in the NFL, Landry is a good one for Peoples-Jones to look up to.