The Cleveland Browns have made some big moves this offseason to bulk up the roster and fill holes, but there are likely a few more transactions left for general manager Andrew Berry to make before the season eventually arrives.

The Browns addressed a major need on the offensive line through free agency and the draft, signing tackle Jack Conklin and drafting Alabama’s Jedrick Wills with the No. 10 overall pick.

Cleveland also beefed up the tight end position, which is essential in head coach Kevin Stefanski’s offense. The Browns signed Austin Hooper to the largest tight end deal in football and also drafted Harrison Bryant, the John Mackey Award winner as the top TE in college football. The team also picked up the fifth-year option for David Njoku, keeping him on the roster through the 2021 season.

Former first-round picks Kevin Johnson (CB) and Karl Joseph (S) will also have another chance to find success in the Cleveland secondary.

But there are still options on the free agent market that could impact the depth chart and the Browns have the most cap space remaining in the NFL at just over $39 million. And Berry as been open that he’ll make more moves if he sees a player as a fit.

“We’ll be opportunistic across the roster. And we do want to be responsible balancing both the short-term and long-term planning,” Berry said on The Ken Carman Show on 92.3 The Fan. “But if there’s something out there that ends up making sense — whether it’s a free agent acquisition or trade acquisition — we will do that really at any position on the 90-man roster. We don’t play for another four months so there are plenty of opportunities to continue to improve the team. The offseason doesn’t stop after that draft, so that will certainly be our mindset.” 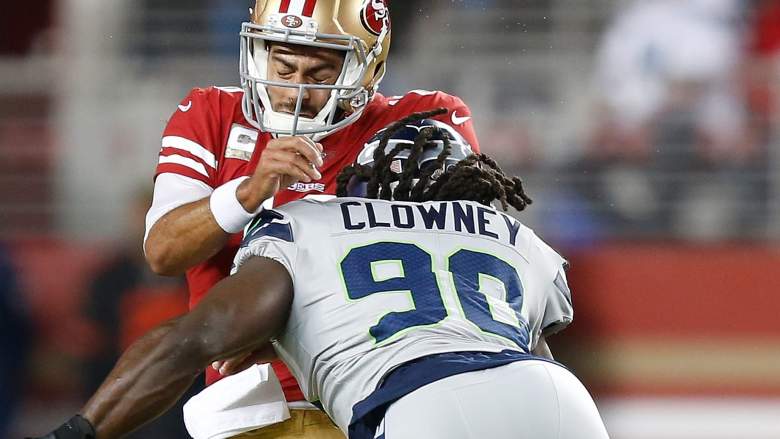 GettyQuarterback Jimmy Garoppolo of the San Francisco 49ers is tackled by Jadeveon Clowney.

The most notable move the Browns have been reportedly weighing is for free agent pass-rusher Jadeveon Clowney. It was reported that the Browns were close to a deal for the former No. 1 overall pick, but weren’t able to wrap it up.

Clowney did not have the best contract year statistically, collecting just three sacks and 31 tackles in 11 starts with the Seahawks. However, he’s just 27 years old and still a towering presence that teams have to account for every play. And playing opposite fellow top-pick Myles Garrett would only optimize his production.

The Browns currently have veteran DE Olivier Vernon holding down the spot opposite Myles Garrett, but could decide to swap him for Clowney. Vernon is due to make more than $15 million next season, but could be let go with no dead money. It really comes down to if the Browns see Clowney as a massive upgrade to Vernon and if they feel more confident in either one staying on the field.

Vernon had 26 tackles, 3.5 sacks and 11 quarterback hits last season. He’s missed 15 games over the past three years. Clowney has missed four games over the last two seasons, but a physical has reportedly been part of the holdup for the Browns. 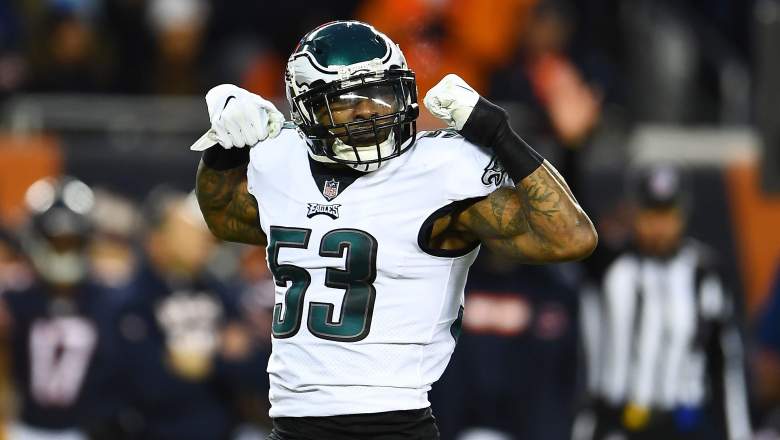 The Browns are relying on unproven talent at the linebacker position and a veteran presence like Bradham could do wonders in Cleveland. Bradham is a steady presence at inside linebacker and helped the Philadelphia Eagles win the Super Bowl in 2018. And he’s still a strong producer. In 12 games last season, Bradham recorded 61 total tackles, five passes defended, an interception and a fumble recovery returned for a touchdown

The Browns have moved on from linebackers Christian Kirksey and Joe Schobert, the Game 1 starters last season. Both quickly found new homes.

Schobert landed in Jacksonville on a five-year contract with $22.5 million guaranteed. The deal is worth a total of $53.75 million. Kirksey inked a two-year, $16 million contract with Green Bay.

The Browns signed linebacker B.J. Goodson, but the former Packer is far from a proven starter. Goodson played 254 snaps last season on defense in Green Bay and also contributed on special teams. He started nine of his 15 games with the Packers, finishing with 37 tackles.

Browns former fifth-round pick Mack Wilson is also slated to be a starter. Wilson was forced into action after an injury to veteran Christian Kirksey, and the Alabama product performed admirably. In 14 starts, Wilson racked up 82 total tackles from his inside linebacker spot to go with an interception and sack. 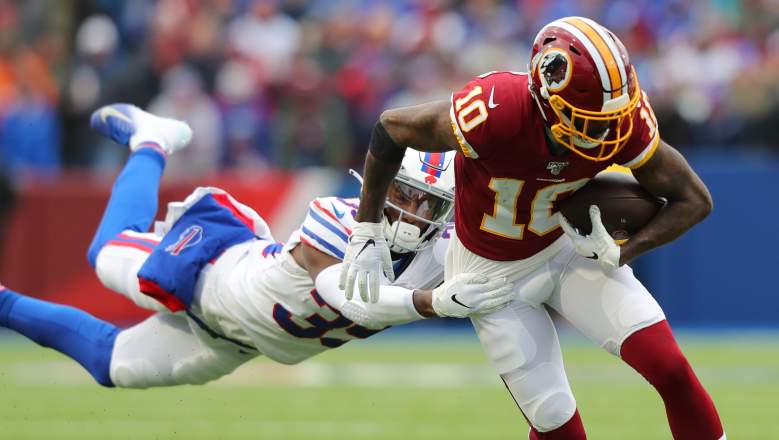 The Redskins released wide receiver Paul Richardson this offseason, cutting short his a five-year, $40 million contract he signed with Washington in 2018. Richardson has limped through the last two seasons, playing just 17 games over that span. However, his veteran presence could be at least rev up some competition on the depth chart.

Richardson had 507 receiving yards with four touchdowns on 48 receptions during his time with the Redskins. His best year came in Seattle in 2017, collecting 703 yards and six touchdowns.

Sure, the Browns have one of the best wide receiver combos in Jarvis Landry and Odell Beckham Jr. Both are coming off surgeries after injury-riddled seasons, but are expected to be a full-go once the season rolls around — whenever that is.

Rashard Higgins resigned this week, but for as much as fans clamored for his return, he had just four catches last season and signed for the veteran’s minimum. Much of that could be accounted for Higgins falling into former head coach Freddie Kitchens’ doghouse, but nonetheless, it is a cause for concern for someone who will compete for a No. 3 wide receiver role.

Other wide receivers on the roster include: Damion Ratley, KhaDarel Hodge, JoJo Natson, D.J. Montgomery, rookie Donovan Peoples-Jones, Taywan Taylor. If the Browns have faith in someone like Peoples-Jones, an athletically-gifted sixth-round pick, Richardson would be a good placeholder as the rookie learns the NFL game.