New York Giants running back Saquon Barkley has joined a laundry list of NFL superstars in the battle against racism and the systematic oppression of black people.

Barkley shared a powerful video to his Twitter, in which he, Patrick Mahomes, Ezekiel Elliott, Tyrann Mathieu and numerous other NFL players ask the league to admit wrong in silencing their players and show their belief that black lives matter.

You can see the video below:

The rather reserved Barkley has made it a priority to have his voice heard during these rather troubling times. The Giants running back posted an image on Instagram earlier this week that shows him donning a photoshopped jersey which reads, “I can’t breathe.” 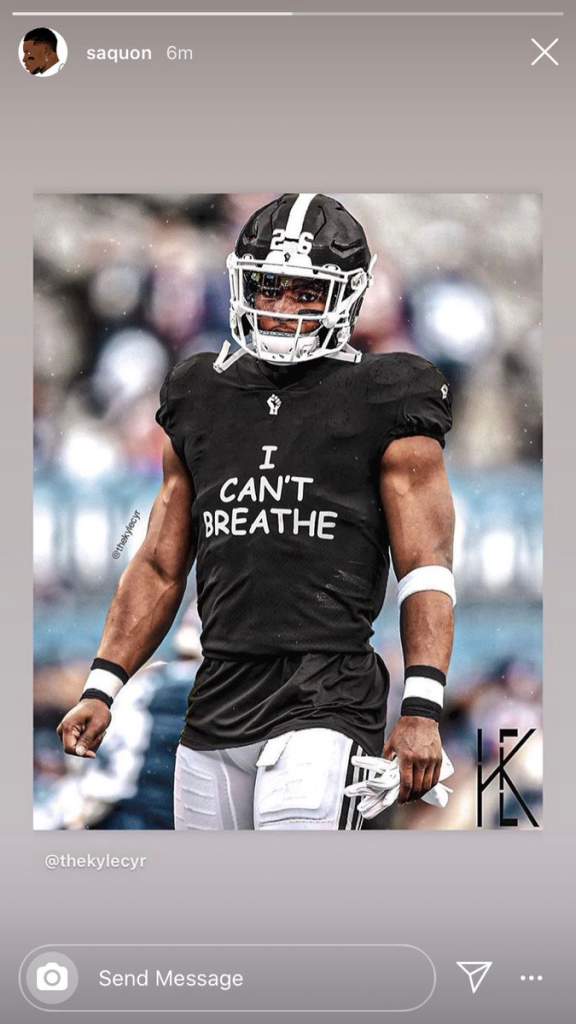 Barkley didn’t stop there. He’s also contributed $10,000 to a GoFundMe fundraiser for George Floyd’s six-year-old daughter Gianna Ford. The fundraiser, which 37,000-plus people have donated to, topped $1.3 million in donations as of Thursday morning.

Barkley has continued to voice his support for the nationwide protests that have occurred since the tragic death of Floyd back on May 25th.

“The protests are amazing and Inspiring,” Barkley wrote on Twitter. “But please in two or three weeks when the protests are no longer happening, we still need change. We need to come together as a community and we need action! Racism and injustice can not exist!“