Curry, 32, has three NBA championships and two MVP Awards. Simmons, 23, is a two-time All-Star and was the NBA’s Rookie of the Year in 2018.

Curry and the Warriors won’t make it to the NBA’s “bubble” for the league’s restart, beginning later this month at Walt Disney World in Orlando. The Warriors have the worst record in the NBA season sitting at 15-50.

Sitting at 39-26 and in sixth place in the NBA’s Eastern Conference standings, Simmons and the Sixers will be part of the restart.

Both players put up stellar numbers and both are respected by their teammates for their games on the court.

What’s it like to actually play alongside the two point guards? 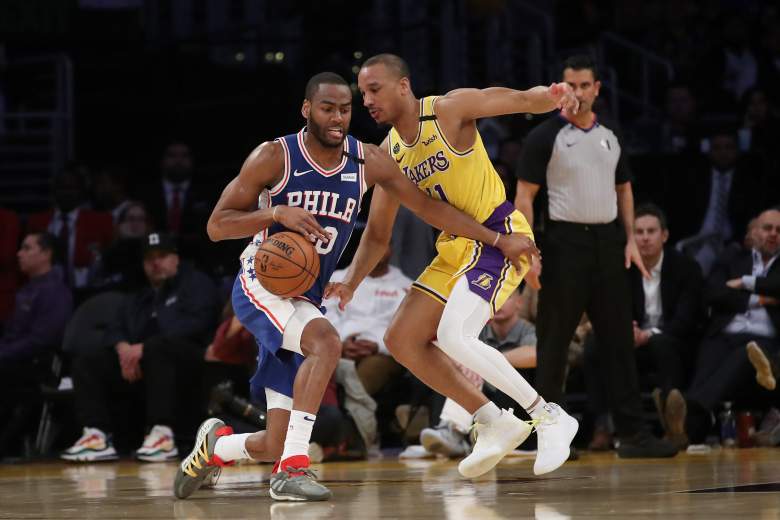 Steph, everybody knows Steph put in his time. MVP, Hall of Famer, He commands a lot of attention because he can shoot the ball. He can do everything basically. I think with Ben, Ben’s just a force in the lane. You gotta take notice of that. I don’t think I played with him. I think I only played with him once before he hurt his back. So, I really didn’t get the gist of it as much as I got with Steph because I actually played with Steph, I practiced with Steph a lot, so I want to see what really happens with Ben because he’s a great passer, great defender, he gets his teammates involved; feel like either other Steph or Ben.

Burks will take the trip to Orlando with the Sixers and he’s excited to get started with his new point guard,  Simmons. “I think he’s one of ones,” Burks told me.

“He’s his own man. I don’t think he reminds me of anybody else. He’s 6-10, athletic, ambidextrous I feel like and (he) can post up. He’s an underrated defender, which I didn’t know until I got here. He can really guard, I don’t think people understand that.”