Real Madrid forward Eden Hazard gave an honest assessment of his first year at Concha Espina and described it as the “worst of his career”. Despite his inability to remain healthy, amongst other obstacles, Madrid were able to win their 34th league title.

Hazard saw a large portion of the season from the stands due to a persistent ankle injury that kept him off the pitch and limited his production considerably. In an interview he gave  Franceinfo. In the interview, the Belgian international recalled many of the issues that he faced upon joining after his US$111.2 million move from Chelsea last summer

Hazard learned about the demands of playing for the biggest club in the world as soon as he first arrived from England. The player was immediately criticized by the press in Madrid reporting to pre-season training overweight.

“My first year at Madrid was bad. We won the league title, collectively. But at the individual level, this was surely the worse season of my career,” Hazard recalled.

What also has to be mentioned, was that when healthy, Hazard had moments that showed why Los Merengues shelled out such a hefty amount for him.  There were instances during the seaosn where he began to understand Karim Benzema a great deal, setting up a formidable duo up top.

“(Benzema) showed that he is the best. He’s always there to win matches and score goals,” said Hazard when talking about the French forward who was the second leading goalscorer in the league this season.

Hazard also sent heaps of praise to his coach,  Zinedine Zidane. “We all know Zidane as a  player, he was the best. As a coach, we don’t even need to describe him anymore. He proved in a few years that he is one of the best coaches. As a coach, he was very similar to when he was a player. He was was a very simple person that knew how to say things at the right time. He trusts in his players and his players trust in him, that’s why he’s so effective,” he emphasized. 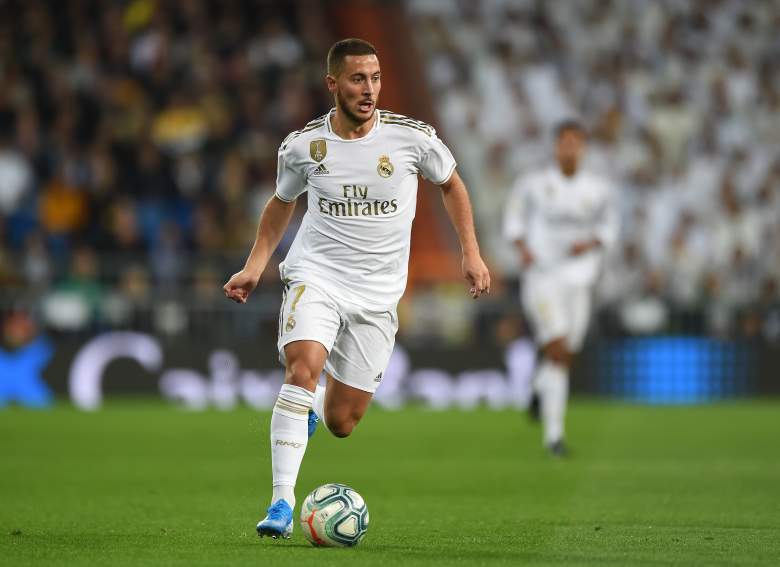 Hazard talks about how he had to handle this season due to the pandemic. “This was a season that was weird with all that happened. The season is already very good, but it could be better if we qualify after the return leg of the Champions League. When you play at Real Madrid you want to win every title. The next title is the Champions League, and even though it is going to be difficult because we have to play at Manchester City and they have a very good team,” he added.

Madrid will face a City side at the end of the month and might have an edge as Pep Guardiola’s side is not in top form after having been eliminated in the semifinals of FA Cup this past weekend at the hands of Arsenal.

Read More
Real Madrid, Soccer
Eden Hazard was highly critical of himself but also praised his team for their form en route to winning their 34th league title. Hazard also talks about what challenges lie ahead for Los Blancos on the European stage.