Getty Ex-Bears and 49ers LB Aaron Lynch retired from the NFL at the age of 27.

Veteran Aaron Lynch has decided to retire from football at the age of 27, per NFL insider Adam Schefter. The Jacksonville Jaguars linebacker, who spent his first four seasons with the San Francisco 49ers and his last two with the Chicago Bears, was taken in the fifth round of the 2014 draft by the 49ers, and was about to begin his seventh season in the league. He will reportedly retire instead, per Schefter.

Jaguars’ DE Aaron Lynch, who has compiled 20 sacks in the NFL since the 49ers drafted him in the fifth round in 2014, now is planning to retire, per sources.

Lynch started 22 games over his six-year career, playing in 73. He has been a solid role-player at times, for both the 49ers and Bears, but injuries plagued him during his tenure with both teams. He dealt with shoulder and elbow injuries while with the Bears, and he suffered ankle and calf injuries in San Francisco. Never a regular starter other than during his second season, when he starter 13 games, Lynch was often coming off the bench in relief as a pass rusher. 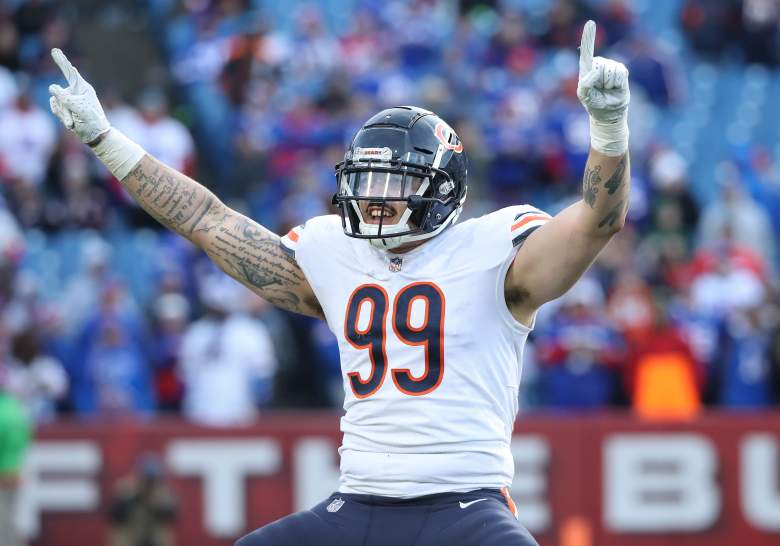 As Schefter also noted in a subsequent tweet, Lynch became the second Jacksonville Jaguar to retire this week. Defensive lineman Rodney Gunter chose to walk away from the game prior to the season due to a heart condition. Lynch’s retirement is voluntary, and isn’t tied to an injury or medical condition, Schefter tweeted.

Jaguars’ DL Rodney Gunter was forced to retire Sunday because of a heart condition; Aaron Lynch’s retirement is voluntary. https://t.co/LjAA7skmvT

The Jags signed Lynch to a one-year, $1.01 million deal this offseason after Chicago chose not to re-sign him. 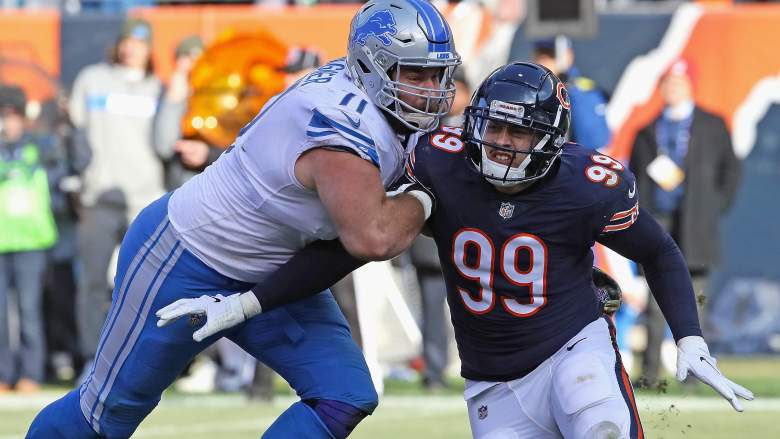 GettyEx-Chicago Bears Linebacker Aaron Lynch played in 29 games for the Bears, starting three. He came to Chicago to play under then-DC Vic Fangio in 2018. (Photo by Jonathan Daniel/Getty Images)

Vic Fangio, now the head coach of the Denver Broncos, was the defensive coordinator during Lynch’s rookie year with the 49ers, and again in Chicago in 2018. Lynch seemed to play with more fire under Fangio. He had more sacks and tackles-for-loss with the Bears when Fangio was around, and it was a similar story in San Francisco, as well. Lynch sung Fangio’s praises shortly after the Bears signed him in 2018, noting what a key figure the coach had been throughout his career.

“He was a huge part of my rookie year, a great mentor to me. He was a huge figure in my life,” Lynch said about Fangio in 2018.

Over his career, Lynch amassed 20 sacks (15 with the Niners and five with the Bears), 36 tackles-for-loss, 63 quarterback hits and an interception. He had 12.5 sacks over his first two seasons in 2014-15, but he never quite came close to those numbers in the seasons that followed.

Lynch turned 27-years-old in March, and he has yet to comment on his reported retirement.