The criticism surrounding Kirk Cousins continues to ring as the Vikings quarterback received a contract extension that makes him the sixth highest-paid quarterback in the NFL.

Whether it’s his accuracy, decision-making or his primetime record, Cousins proved several of his naysayers wrong in 2019 — but one playoff win and a few NFL-best marks aren’t enough to undo years of play.

Pro Football Talk recently held a “most-disrespected draft” and Mike Florio gave his take on the most disrespected NFL figures, naming Cousins as a member of the club.

Florio also admitted he has thrown some dirt on Cousins in the past. Here’s what he had to say:

Kirk Cousins is disrespected. Last year, after he was openly disrespected by Adam Thielen, who called him out, Stefon Diggs who went AWOL for several days, that did something. That woke this guy up and he had a great statistical run last year and he made the throw of his career against the Saints in overtime. We talked to him at the Super Bowl about how that will potentially carry over.

Kirk Cousins takes the abuse and he gets pissed about it but he doesn’t go whine about it he doesn’t go to block people on Twitter about it… he goes out and he shows you ‘I can do it, I’m gonna do it and I’m gonna stick it to you.’

What Kirk Cousins did last year when he was taking it both internally and externally from all of us — people like me — from Stefon Diggs and Adam Thielen… that motivates him too. I think he’s been disrespected by teammates by media by fans. Maybe this is his year where he takes it to the next level. 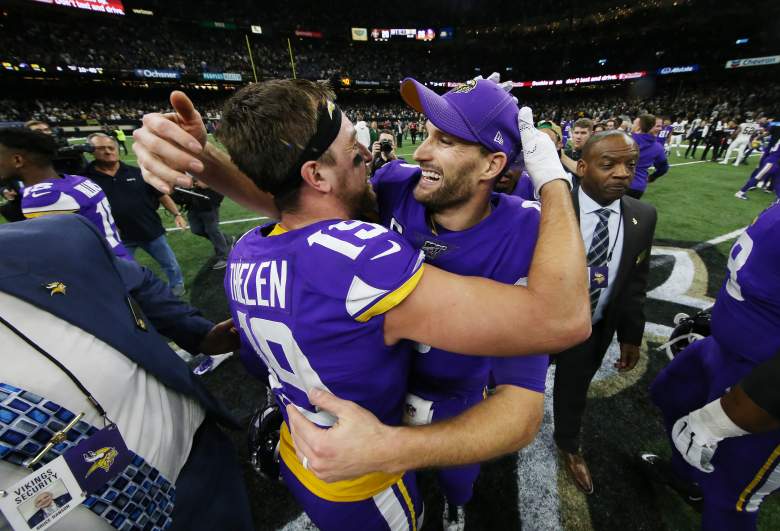 The end goal for any player or franchise is not to be the best in a statistical category or land the most Pro Bowl nods. It comes down to one thing, the Super Bowl. It took Cousins eight years to win his first playoff game, which dictated the course of the Vikings’ future.

Cousins was rewarded with a historic contract extension while the Vikings brain trust in coach Mike Zimmer and GM Rick Spielman both received contract extensions as well. The team shed several veteran players who were beginning to decline, ushering in a new era of Vikings football that is now committed to its future with Cousins for the next three years.

While Cousins’ primetime record and minimal playoff experience have been more determined by his surrounding talent, the critics will continue to tout so long as he commands a top-10 quarterback salary.

The expectation when you pay a player north of $30 million a year is that they transcend the game and their situation, most quarterbacks with the top 10 largest contracts are not among the few who can like Patrick Mahomes, Russel Wilson and Aaron Rodgers.

Cousins’ play last year restored some faith in his teammates and fans, who voted him to the Pro Bowl for the second time in his career. Florio’s commentary shows that even he may be coming around to Cousins.