Getty Drake was trolled by New Orleans Saints coach Sean Payton over his route running in his latest music video.

The Toronto-raised rap star put on gloves and did his best imitation of Beckham Jr.’s iconic one-handed catch. But the route he ran leading up to it, one Twitter user put best, “Drake ain’t shakin salt.”

The song fire but what kinda route is this drake 😭 pic.twitter.com/FlxxOS1T1P

New Orleans Saints coach Sean Payton jumped in on the roast of Drake’s route, advising Drake to stick to music and far from the football field.

Payton replied with a reference to Drake’s song “God’s Plan,” as playing football just isn’t in the cards for the multi-platinum music artist. One Twitter user asked Payton to rate Drake’s route. He showed some mercy rating it a four out of 10.

Fans took the chance to jab at many NFL cornerbacks including Josh Norman, Xavier Rhodes and Nelson Agohlor. There were also some pretty creative responses as well.

He runs like a baby that just escaped a diaper change.

We walking-through? Jerry Rice still runs tighter routes and that man is in his 50’s.

Pittsburgh Steelers defensive tackle Cam Heyward got in on the fun with Philadelphia Eagles‘ Javon Hargrave.

This how ya routes look on walking football lol

This isn’t the first time Drake has been clowned for his athletic ability. In 2014, Drake was warming up with the Kentucky Wildcats men’s basketball team and shot an airball. He’s yet to live that one down as fans continued to reference the shot following the release of his new video. 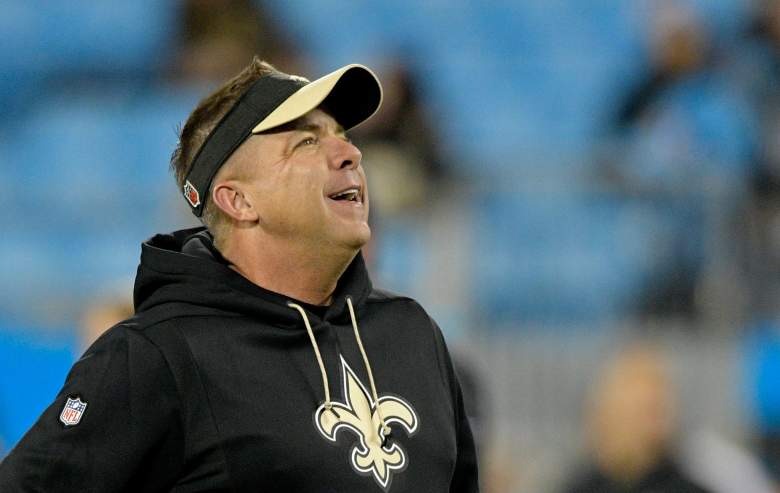 GettySean Payton has had some fun this offseason.

Payton keeps a relatively active presence on social media when compared to NFL coaches. But rather than a constant stream of content, Payton instead comes through periodically with gold.

Since Tom Brady joined that Tampa Bay Buccaneers, he’ll now face Payton’s Saints twice this season — a likely cause for some headaches and preparation in facing the six-time Super Bowl winner.

Payton’s tweet not only got some laughs, but it’s also stirred up some commotion and questions surrounding his motives.

Please tell me you're bringing Bell to New Orleans! 👍

The photo Payton posted was of Nebraska football star wide receiver Kenny Bell, who set program records back in 2015 and was a fifth-round draft pick, but has since yet to break into the NFL. He last played in the now-defunct Alliance of American Football, which ceased operations back in 2019.

Bell made rounds on the  Buccaneers, Baltimore Ravens and Denver Broncos, the team his father, Ken Bell, played for, before he was released in August 2018.