Getty Kirk Cousins has had a rollercoaster year so far this season and, if he cannot find consistency, could be out a job.

Rookie cornerback Cameron Dantzler has been all the hype coming out of the past two days of Vikings training camp.

On Monday, he had an impressive pass breakup against No. 1 wide receiver Adam Thielen that sent Vikings social media and fans into a frenzy. Twenty-four hours later, he upped the ante.

The slender 6-foot-2 cornerback lept in the air and intercepted a pass intended for Olabisi Johnson. The play was redeeming for Dantzler, a third-round pick out of Mississippi State after he was beaten by second-year wideout Alexander Hollins earlier in practice.

Former NFL cornerback Terrell Buckley has become somewhat of a caretaker of top cornerback draft picks for the Vikings. Buckley mentored Xavier Rhodes after meeting Rhodes at Florida State as a graduate assistant. Buckley became the cornerbacks coach at Mississippi State and coached Dantzler the past four seasons before moving on to Mississippi.

“I think the Vikings got a steal at corner,” Buckley told the Pioneer Press’ Chris Tomasson. “He should be a Day 1 starter. I think he’ll do awesome for them.”

“He should have been a first-round pick,” Buckley added. “I felt he was one of the best cornerbacks in the draft. Look at the competition he faced in the SEC with all the star wide receivers. Who do you think I put on them?”

Dantzler slipped in the draft after running a slow 40-time at the NFL Combine but later ran a 4.38 unofficial 40-yard dash.

Buckley had 50 interceptions while playing in the NFL from 1992 to 2005 and won a Super Bowl with the Patriots. He also coached Brian Cole II, a safety selected in the seventh round by the Vikings.

“Brian is one of the best athletes I’ve seen in 10 years (as a coach),” Buckley said of Cole, who was a receiver at Michigan before transferring to East Mississippi Community College and then playing two years at Mississippi State. “I think he’ll be able to contribute immediately. He’s an Energizer Bunny. I mean, he’s an animal on special teams.”

Checking In With the Rest of the Cornerbacks Group 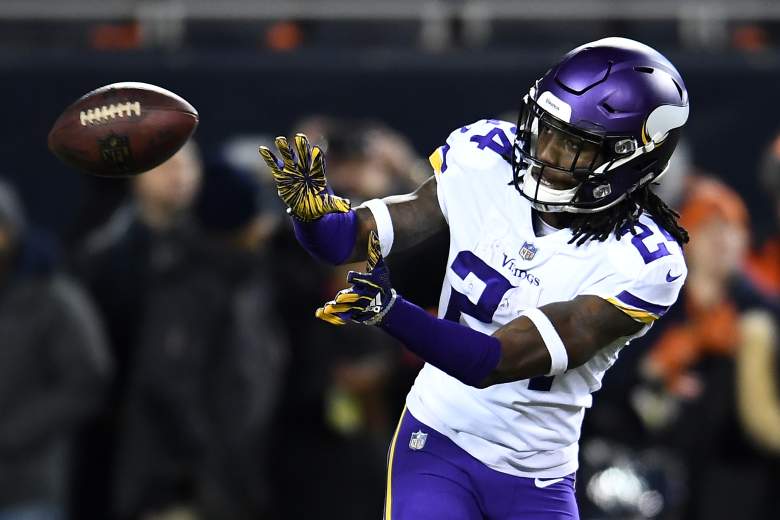 GettyHolton Hill looks like the best cornerback in Vikings training camp, according to the Athletic‘s Arif Hasan.

The Athletic’s Arif Hasan compiled some training camp observations over the past few days and had a few notes on the cornerback group currently. Dantzler has been getting reps in nickel packages with the first team along with Holton Hill on the outside and Mike Hughes in the slot. Hasan said Hill looks like the best cornerback in camp so far.

First-round pick Jeff Gladney hasn’t gotten many reps but has been playing in the slot. Gladney was held out of practice on Friday but has since been getting some first-team reps in the slot. He played through a torn meniscus injury in 2019 and had surgery this offseason.

Second-year corners Mark Fields and Kris Boyd have had ups and downs throughout training camp which are “worrisome.” Undrafted rookie Nevelle Clarke has been breaking up passes practicing with the third team, while Hasan hasn’t seen much of fifth-rounder Harrison Hand.