Vikings defensive lineman Jalyn Holmes has been in the belly of the beast when it comes to the challenges that college football players face.

Holmes played under some of the highest expectations at Ohio State and won a Big 10 Conference championship in 2014 and the CFP national championship with the Buckeyes in 2015. After the Big 10 announced it would postpone the football season to the spring, several players including top 2021 draft prospect Justin Fields have petitioned the college sports division to reconsider.

Holmes went to Twitter to voice his opinion on how coaches have long overlooked player concerns about receiving compensation for their play but are now backing student-athletes in their protest for a season during the pandemic.

Some of you college coaches up here are hilarious. When it’s real life issues, that players speak on publicity y’all almost never back them. Now all of a sudden it’s listen to the players. I pray the players get a season. But you coaches keep that same energy all the time.

The players deserve to have a choice in this matter. I hope the get the season they worked hard for. But this also brings attention to college football players true worth. And it’s not what they have been getting.

They are worth more. It’s time to cut that check.

Fields posted a petition on his Twitter on Sunday with the hashtag #WeWantToPlay, the slogan college football players are adopting around the country as several other conferences have shut down their fall football seasons.

As of Tuesday afternoon, Fields’ petition has over 250,000 signatures since its launch.

Here’s what the petition reads:

We, the football players of the Big Ten, together with the fans and supporters of college football, request that the Big Ten Conference immediately reinstate the 2020 football season. Allow Big Ten players/teams to make their own choice as to whether they wish to play or opt out this fall season. Allow Big Ten players/teams who choose to opt out of playing a fall season to do so without penalty or repercussion.

Why is this important?

We want to play. We believe that safety protocols have been established and can be maintained to mitigate concerns of exposure to Covid 19. We believe that we should have the right to make decisions about what is best for our health and our future. Don’t let our hard work and sacrifice be in vain. #LetUsPlay! 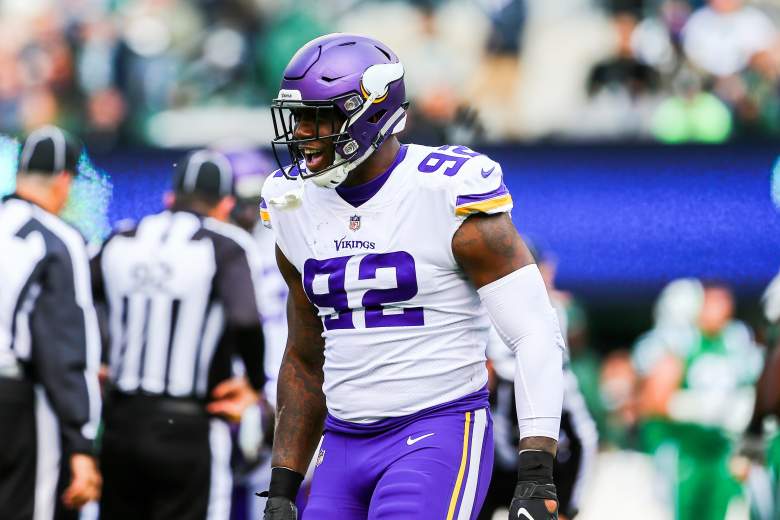 GettyJalyn Holmes is moving back to college position this season.

Holmes is returning to his roots at Ohio State, not only in his statement but also position wise. After being drafted in the fourth round of the 2018 draft, Holmes was moved to defensive tackle with the Vikings for the past two seasons. Now, Holmes has been taking reps at defensive end, the position he played in college.

Vikings co-defensive coordinator and defensive line coach Andre Patterson said Holmes has a “unique skill set” and will likely still get reps at the three-technique along with his return to defensive end, Chris Tomasson reported.

He is entering the penultimate year of his rookie contract and has yet to carve out a significant role in the Vikings defense, playing in 11 games, tallying one sack and seven tackles in two seasons.