Getty Kevin Durant dives for a loose ball against the Chicago Bulls.

Kevin Durant is among one of the best players in the league this season and the Brooklyn Nets superstar is an early leader in the MVP race.

If anybody watches him on any given night, it’s tough to even imagine that he tore his Achilles just a few years ago, but that’s a testament to just how good he is.

However, he can’t continue to save the day for the Nets forever, and 11 games into the season he’s averaging the most minutes on the team and he’s also scoring almost 30 points per game.

As James Harden continues to get back into shape, and there are promising signs that he’s doing so, Durant will continue to shoulder the load.

Head coach Steve Nash has some concerns about that and hopes other players will be able to help ease the burden for his star soon. 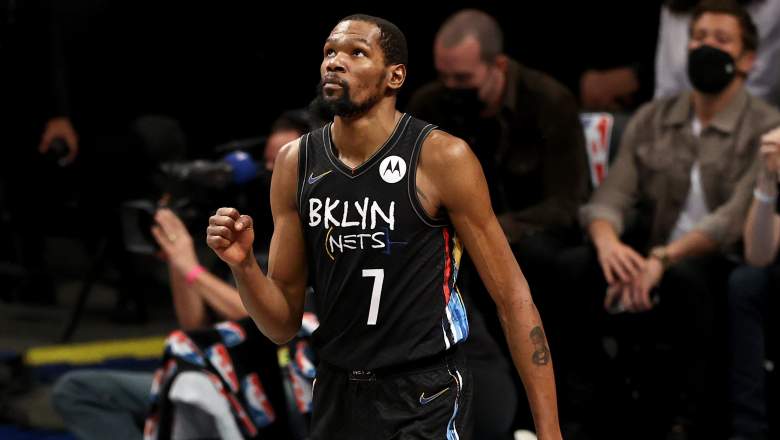 GettyKevin Durant will lead the charge for the Nets as they look to bring home an NBA title to Brooklyn.

With Harden shifting to point guard and having early struggles so far, Durant taking on a bigger workload was expected.

However, the team likely didn’t expect it to last like this. Nash is grateful for the position he’s in, but he does want to avoid leaning on him too hard going forward.

“Kevin’s obviously elite at scoring and isolating, so there are times when we lean on him but it’s important for our team that we don’t overburden someone like that [Durant],” Nash said via NetsDaily. “You want to give him as many great opportunities to score out of the flow and out of teamwork, rather than having to face a loaded defense all night.”

The Nets are a team that should have Kyrie Irving on the roster too, so having Durant get all of the attention like he’s been getting should be a good thing because he’d have been able to kick it out to Irving or Harden for easy baskets. Of course, Irving is sitting out the whole season over his refusal to get vaccinated.

“So while that is a luxury that [Durant] can make plays against anyone, we definitely don’t want to rely on that,” Nash said. “That’s the antithesis to our vision. But that is a luxury when he can just rise up and score over people.”

Will Durant Get a Rest? 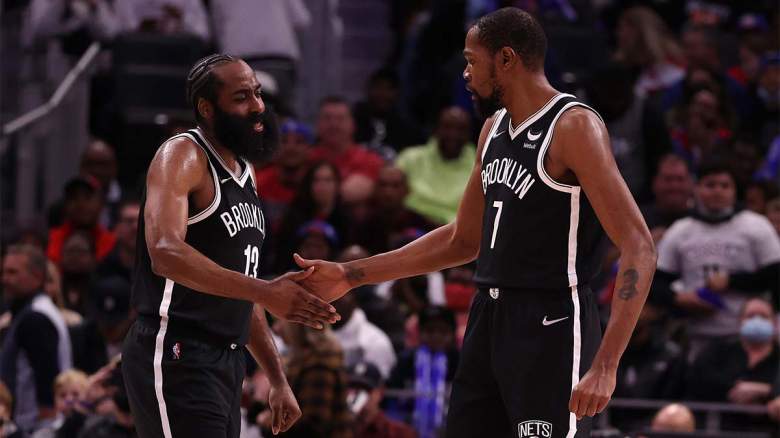 With the Nets getting on a nice winning streak, it’s hard to imagine Durant having the option to rest a bit. The Nets struggled out of the gate and found themselves in a small hole to start the season, but now they’re climbing the Eastern Conference standings quite fast.

Since his Achilles injury, Durant has been easing back into the action, and that means he doesn’t always play on the second night of a back-to-back. The Nets have 12 of them on their schedule this year, something Nash will be monitoring.

“Obviously, we hope that we don’t have to overdo it with anyone,” said Nash when asked about back-to-backs. “But that’s the kiss of death whenever you start thinking you’re going to limit guys here and there.”

As of right now, it’s looking like it’s full steam ahead for Durant and the Nets. They’ll just have to hope the rest of the team is able to match his production soon.

Loading more stories
wpDiscuz
0
0
Would love your thoughts, please comment.x
()
x
| Reply
Kevin Durant might have too big of a workload with the Brooklyn Nets.