Getty Rodger Saffold III #76 of the Tennessee Titans looks on from the bench area during the game against the New England Patriots at Gillette Stadium on November 28, 2021 in Foxborough, Massachusetts.

The Buffalo Bills‘ training camp was an absolute rollercoaster for the team’s offensive line, as due to various injuries, their projected starting lineup, Rodger Saffold, Ryan Bates, Mitch Morse, Dion Dawkins, and Spencer Brown had limited practice time together.

On the first day of training camp, Bills head coach Sean McDermott revealed Saffold, who earned Pro Bowl honors last season with the Tennesee Titans, was being placed on the non-football injury (NFI) list after injuring his ribs in a car crash.

Losing Saffold, who was one of the Bills’ most exciting offseason additions, depleted depth at a key position where the Bills don’t have a lot of depth. So, when the veteran was active off the NFI list on August 7, everyone breathed a sigh of relief.

Bills OL Rodger Saffold was activated from the NFI list and has returned to practice pic.twitter.com/OtaIKkC5tE

Following the team’s last day of training camp at St. John Fisher College on Thursday, August 11, Saffod sent out an emotional message to his teammates and Bills Mafia. He tweeted out a photo of the offensive line and wrote, “Man it feels good to battle with these boys again! Thank you for all the get well wishes and support during this ordeal. Life throws you a curveball every now and again but how you respond is all that matters! Thank you for all the support! GO BILLS #BILLSMAFIA.”

In March, the 34-year-old signed a one-year, $6.25 million contract with the Bills, per Spotrac.com. The 12-year veteran spent the first nine years of his career with the Rams before signing with the Titans in 2019, where he played for the past three seasons.

With the Bills, the 6-foot-5, 325-pound lineman is expected to start at left guard once the regular season starts. 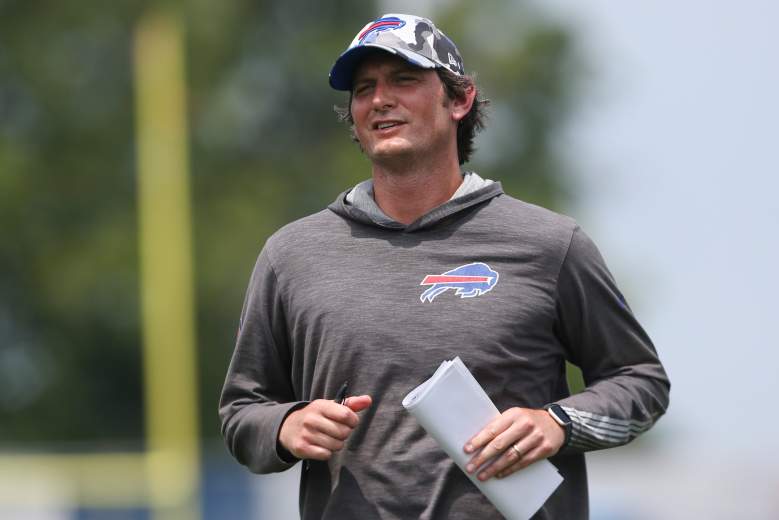 While the ever-rotating list of injured players on the offensive line could be concerning, offensive coordinator Ken Dorsey looked at the situation as a glass half-full. Not only did the Bills sign former Seattle Seahawks guard Jordan Simmons on Day 2 of training camp, new additions such as David Quessenberry and Greg Mancz were able to get in more reps.

“The plus side for us, is with [players missing time], some guys have gained some invaluable experience,” Dorsey said, per ESPN.

The Bills have the first preseason game at Highmark Stadium on Saturday, August 13 at 4 p.m. ET, during which they’ll face quarterback Matt Ryan and the Indianapolis Colts

During Week 3 of the preseason, the Bills will travel to face the Carolina Panthers at Bank of America Stadium at 7:00 p.m. ET on Friday, August 26.