Eddie Jackson is not happy about the officiating in the Chicago Bears‘ 17-13 win over the New York Giants on Sunday. The Bears’ All-Pro safety took an interception off second-year quarterback Daniel Jones to the house in the fourth quarter. Or so he thought.

Jackson was flagged for pass interference on the play instead. The officials threw a flag that was unquestionably late, but the question as to whether it was a legitimate call had Twitter divided. The Bears were leading 17-10 at the time, and with just under 10 minutes left to play, Jackson picked the pocket of Giants tight end Kaden Smith, running the ball back for a 54-yard score. The pick-six would have iced the game for the Bears, but instead, New York ended up getting a field goal out of it.

After the game was over, Jackson took to Twitter to let people know how he felt about it.

Eddie Jackson on Sunday’s Officiating: ‘How Do We Hold Refs Accountable?’ 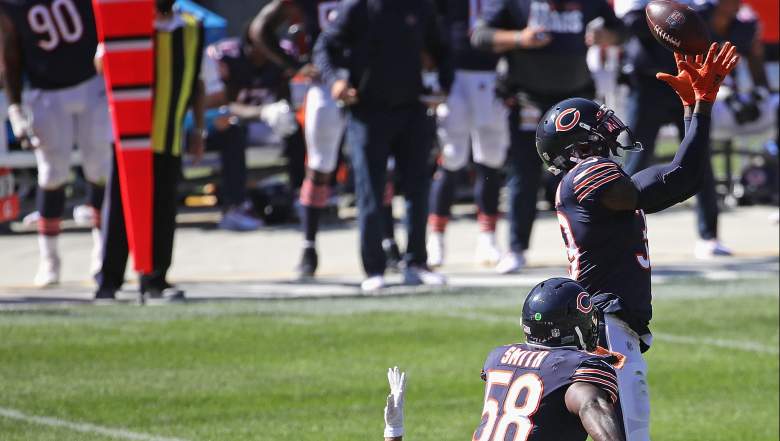 GettySafety Eddie Jackson of the Chicago Bears was called for pass inference on this play, a pick-six that was called back. (Photo by Jonathan Daniel/Getty Images)

Jackson, who recently started being a bit more active on Twitter, shared his thoughts on the pass interference penalty that negated his pick-six in a series of Tweets, asking how players can hold referees accountable when they make errors in judgment.

Jackson also called the pass interference penalty the “worst call” he’s ever seen, and he also added that the officials had actually acknowledged their mistake to him at some point– although he didn’t get more specific than that. 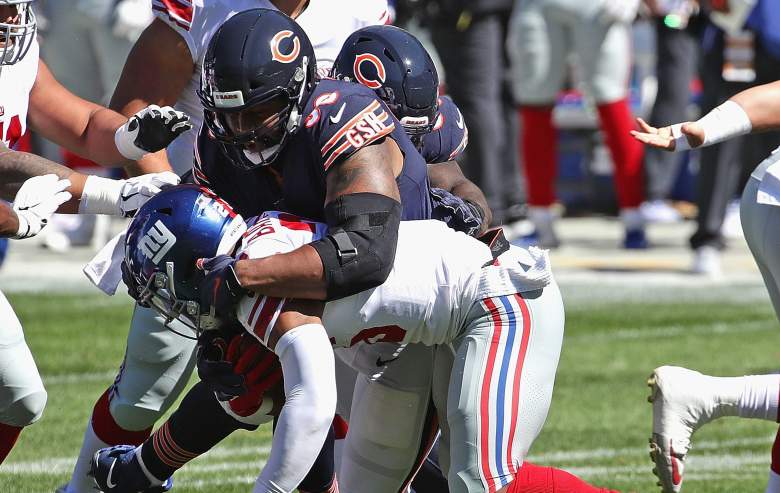 GettyAkiem Hicks of the Chicago Bears was critical of the officiating Week 1, and teammate Khalil Mack agreed. (Photo by Jonathan Daniel/Getty Images)

Jackson isn’t the only member of this Bears defense that has been displeased with the officiating so far this season. After their Week 1 win against the Detroit Lions, defensive lineman Akiem Hicks shared an article by Pro Football Talk titled: ‘NFL Officials Cut Way Down on Holding Flags in Week One.’ Hicks didn’t comment with words but shared the article as a form of commentary.

All-Pro linebacker Khalil Mack then retweeted Hicks, but he decided to add a few words. “That’s what happened,” Mack wrote, along with two laughing emoji.

It has become a cliché to talk about the holding calls Khalil Mack endures without seeing a yellow flag thrown, but the superstar linebacker rarely comments on it. Thus, things must be getting a bit out of hand when he actually says something.

As for Jackson, he has five career touchdowns in his first three seasons. This would have been his sixth — but Bears fans shouldn’t be too concerned. Jackson has already promised that a return trip to the end zone won’t be too far off.

Coming to a end zone near you to be continued….