The Chicago Bears went out and signed linebacker Robert Quinn to a five-year, $70 million deal this offseason. After an unusually slow training camp with his new team, it’s now looking like Quinn will miss the Bears’ first game of the regular season against the Detroit Lions. He hasn’t practiced all week, and after not practicing Friday, his outlook isn’t good for Sunday.

Per the team’s latest injury report released on Twitter Friday, Quinn is listed as doubtful to play against the Lions, while All-Pro Khalil Mack, running back David Montgomery, wideout/running back Cordarrelle Patterson, offensive lineman Jason Spriggs, wideout Javon Wims, guard Germain Ifedi and corner Buster Skrine were all listed as questionable — but each practiced to some degree, so their respective outlooks are far better than Quinn’s.

With Quinn’s status very much in doubt for Sunday’s divisional matchup, the health of Chicago’s premiere pass rusher has become something worth monitoring. Mack has been limited in practice all week with an apparent knee injury, but it’s highly unlikely he’ll be out against the Lions. What’s most likely is that he plays, but on a slightly limited snap count.

Mack did not appear on the injury report all of last season, which is why his appearance on it now seems noteworthy at all. It doesn’t help that head coach Matt Nagy has decided to be totally mum regarding the subject and has refused to provide the media with any details about either Mack or Quinn’s respective injuries.

Other than saying Robert Quinn’s ankle injury is unrelated to the slow ramp up during camp, Matt Nagy declines to provide any more insight. Same thing with Khalil Mack. Was asked if the knee injury happened in practice yesterday. Just said he’s not going to talk about injuries.

Should Bears Fans Be Concerned About Robert Quinn? 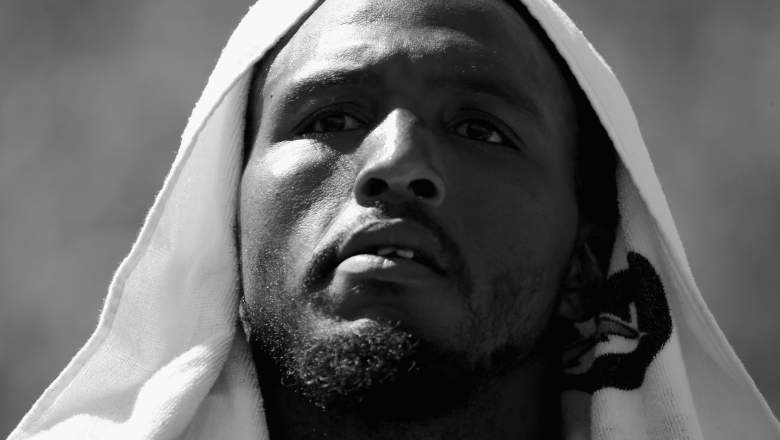 Yes and no. It’s far too early to overreact and declare Quinn a bust. With Nagy keeping quiet about injuries, there’s no way to know exactly what happened, or how serious Quinn’s injury is. Missing the first game of the season isn’t a huge deal, especially if Quinn recovers in a week or two. If this injury lingers, though, concern is warranted on all fronts.

With Quinn hurt and quarterback Nick Foles on the bench, the Bears’ top two free agent acquisitions will likely both start the season on the bench, and that’s not a good look for a franchise that has made a lot of questionable choices in recent years.

It’s also unfortunate that Bears fans won’t be able to check out the pass rushing duo they’ve been waiting months to see. Chicago let former first-round pick Leonard Floyd walk this offseason, and they signed Quinn, who led the Cowboys in sacks a year ago, to replace him. Quinn’s presence was supposed to free up the likes of Mack and Akiem Hicks more, and it likely will. Just not Week 1.

Loading more stories
wpDiscuz
0
0
Would love your thoughts, please comment.x
()
x
| Reply
The Chicago Bears have just released their first official injury report for their game against the Lions Week 1.