Getty Safety Ha Ha Clinton-Dix was a surprise cut by the Dallas Cowboys.

Ha Ha Clinton-Dix had a solid season playing alongside a top five Chicago Bears defense in 2019. Clinton-Dix signed a one-year deal for $4 million with $2.5 million guaranteed with the Dallas Cowboys in March, and he was expected to compete for the starting spot at safety. Instead, he was released Thursday in a move that surprised many.

Clinton-Dix became the second player who started on defense for the Bears in 2019 to get released early this offseason after signing with a new team. The Las Vegas Raiders also released veteran defensive back Prince Amukamara in a move that seemed to come out of nowhere.

Clinton-Dix started all 16 games for the Bears last year, while Amukamara started 15 games each of the past two seasons with Chicago. The Bears could currently use some depth in their secondary, and naturally, Twitter began calling for a few defensive reunions.

Should Bears Try to Add Ha Ha Clinton-Dix for Depth? 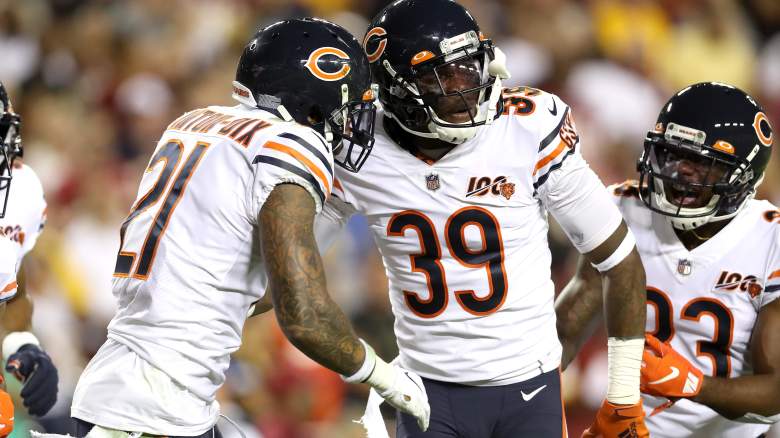 GettyEddie Jackson and Ha Ha Clinton-Dix were the two starting safeties for the Chicago bears in 2019. (Photo by Rob Carr/Getty Images)

The Bears signed safety Tashaun Gipson to replace Clinton-Dix this offseason, and he and Deon Bush have been competing for the starting slot opposite All-Pro Eddie Jackson. No starter has been named, but many fans and analysts have already encouraged the Bears to try to re-sign Clinton-Dix to be a backup/plug-and-play guy in the secondary. Clearly, he’s no longer starter material, but he’s a savvy veteran who had two interceptions and two fumble recoveries playing on a defense loaded with play-makers. It may not be a bad idea, depth-wise.

He already knows the defense and the personnel, and he has no major injuries (that we know about, anyway). If he comes in for a tryout and looks healthy, why wouldn’t the Bears bring him in during a season where depth means more than ever? Clinton-Dix had a decent season in Chicago last year; the entire defense regressed, but he was a capable role-player.

Bears should bring back Ha-Ha in 3 minutes and solidify the backend of their secondary.

#Bears could bring him back if they wanted… https://t.co/h50ubYNQ1f

Should Bears Flirt With Bringing Prince Amukamara Back? 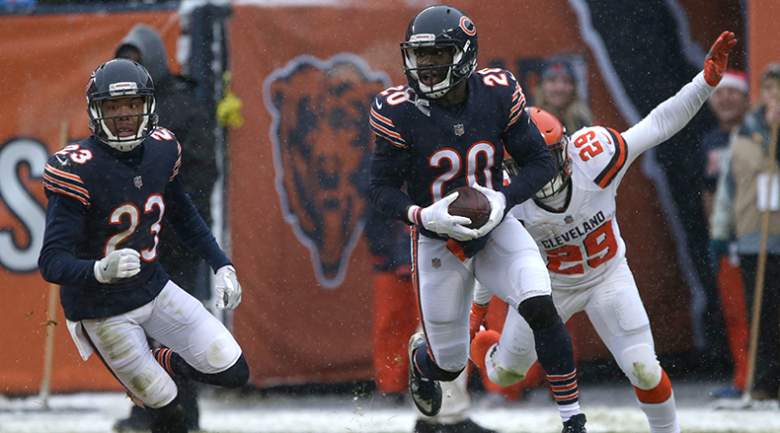 After the Raiders released veteran corner Amukamara, fans and Bears beat writers alike made a similar call: go shake the tree and see if he’s worth re-signing. Amukamara would no longer start; rookie corner Jaylon Johnson and Kevin Toliver have been competing for the starting spot, and one of the two will likely be out there Week 1. But after Artie Burns went down for the season with a torn ACL, Chicago’s secondary became a bit more thin. Bringing in a familiar face on the cheap wouldn’t be the worst idea, would it?

The #Raiders have released CB Prince Amukamara. Could Prince find himself back in Chicago?

Would make a lot of sense given the #Bears injuries to the CB position & Jaylon Johnson still coming along slowly from injury. #NFL pic.twitter.com/LBHnMAGsvd

If the #Bears are worried about their depth at CB, I think bringing back Prince Amukamara would be a perfect veteran add. His speed seemed like it started to fail him last year, but his experience in Pagano's defense is valuable if he's not too expensive

Prince Amukamara is available. Would the Bears be interested in a reunion? https://t.co/b2LGW6idm6

I would rather the Bears bring in Amukamara than Fournette. Prince has obviously lost a step physically but can be a reliable backup/depth piece. CB is a more important position than RB and I don't think signing Fournette moves the needle for a team with a not-great O-line

Amukamara’s play definitely fell off last year, but he is well-liked in that Bears locker room, and he could be an invaluable veteran presence for the likes of Johnson. Plus, he still had his moments in 2019:

Amukamara was the Bears 4th most valuable player in 2019 per PFF WAR.