After the Chicago Bears started the season 5-1, things seemed to be looking up for a team that finished 8-8 in 2019. They have lost four straight since, however, and head coach Matt Nagy’s seat has become understandably warm, particularly after the Bears’ dreadful 19-13 Monday night loss to the Minnesota Vikings.

Hope arrived when Nagy did in 2018, as the Bears went 12-4 in his first season as head coach, making the playoffs for the first time in nearly a decade. But all hope has nearly vanished less than two years later, as the team has gone 13-13 since, and Nagy’s offense has been one of the worst in football.

With both Chicago-based and national media heavily scrutinizing the Bears head coach and his offense, at least one Bears player has spoken out in support of his head coach. 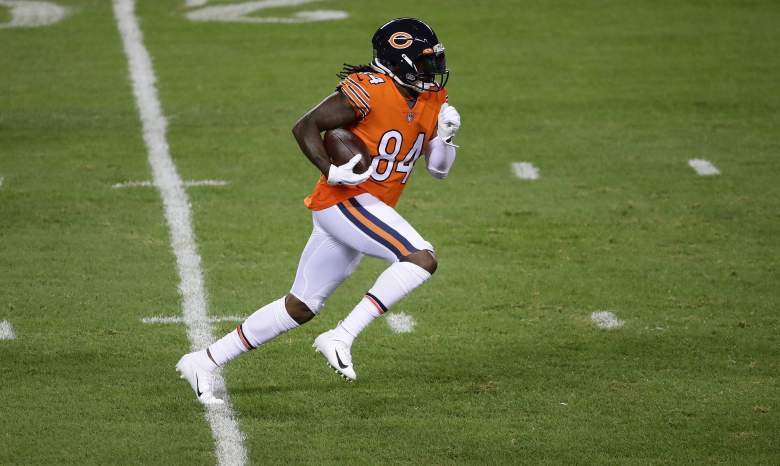 GettyCordarrelle Patterson of the Chicago Bears had a 104-yard kickoff return for a touchdown in the Bears’ 19-13 loss to Minnesota, scoring the team’s only touchdown. (Photo by Jonathan Daniel/Getty Images)

Few — if any — Bears players have spoken about the criticism Nagy and general manager Ryan Pace have been receiving, but late Tuesday evening, wide receiver and return specialist Cordarrelle Patterson put his feelings out there on Twitter.

“Say what you wanna say. I stand with Coach Nagy Forever!!!” Patterson Tweeted, also liking a slew of responses that were supportive of Nagy.

Say what you wanna say. I stand with Coach Nagy forever!!!✊🏿

Nagy’s Players Seem to Like Him in Spite of Everything

It says a great deal about Nagy that his players are defending him in the midst of such a media maelstrom, and it also says a lot about him that his locker room hasn’t completely imploded already.

“It’s a long season. We lost four in a row. It’s not going how we want it to, man. Offensively, we’ve just got to step up,” Patterson said after the Bears’ loss to the Vikings. “We’re not good enough right now. Everybody sees that. It’s no secret the offense isn’t good enough. Just have to keep stepping up, playing better. Because the defense, they’re playing lights out each and every week. They’re setting us up each and every time to score points and get the win, but we’re just not coming out at the top. This bye week is going to be real critical for a lot of people to get healthy and just stay focused on the right thing and just staying healthy.”

Patterson has a point about the bye week. Chicago’s bye is coming up Week 11, and the following week, the NFC North-leading Green Bay Packers await in yet another prime time showdown. If Nagy can somehow use the bye week to regroup and find a way to beat the Packers — and that’s a big if — he might be able to quiet the critics, at least for another week. If not, the rumblings about his removal will only grow louder, despite what his players say.