Things are getting historically bad in Chicago. After watching the Chicago Bears lose their fourth straight game to the Minnesota Vikings on Monday Night Football, Bears fans have had enough. Chicago’s offense mustered just two field goals in the 19-13 loss (the Bears’ lone touchdown was scored on special teams by Cordarrelle Patterson) and the team’s quarterback play this season — whether it has been Nick Foles or Mitch Trubisky — has been lackluster at best. Regardless of whether it’s Trubisky or Foles under center, this isn’t going to get it done:

Whether watching the league’s 31st ranked offense all season has worn them down, or whether decade upon decade of offensive ineptitude has finally driven them to their respective breaking points, it’s clear Bears fans are getting beyond desperate. It has gotten so bad, they’re now waxing nostalgic about Jay Cutler. 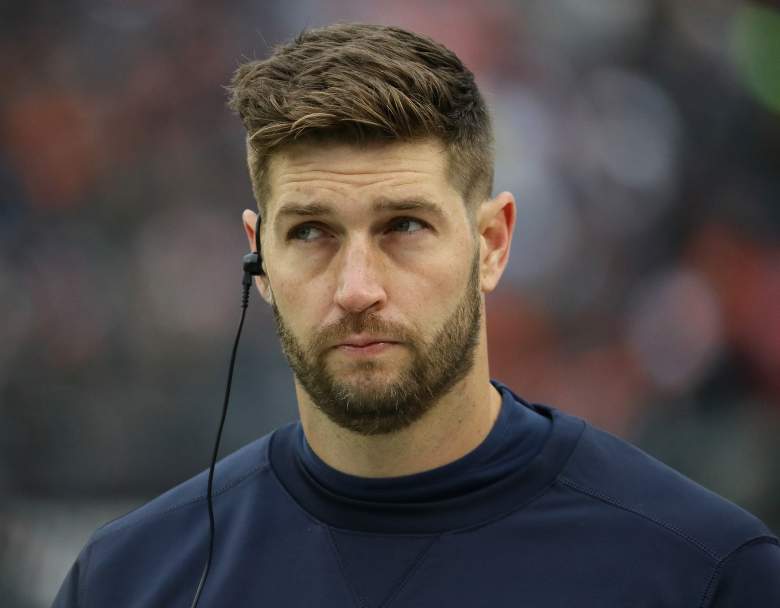 Bears fans began getting nostalgic for the likes of Jay Cutler after the team’s latest loss. (Photo by Jonathan Daniel/Getty Images)

Foles threw for 107 yards in the Bears’ Week 10 loss to the Vikings, and it was the lowest total by a Bears quarterback since Mitch Trubisky threw for 102 yards in December of his rookie season. After a game that saw Chicago’s offense gain 149 yards against a Minnesota defense that had been giving up over 412 yards per contest, Bears fans missed the mediocre mixed bag that ex-Bears quarterback Jay Cutler brought.

This bears team would be 8-2 with Jay Cutler. #Cuttydoesit

I miss Jay Cutler. That is all.

The offense of Jay Cutler, Matt Forte, Brandon Marshall and Alshon Jeffrey was always fun to watch. Imagine that offense in 2020 with the defense the #Bears have now..

Jay Cutler Took the Bears to the Playoffs Once… 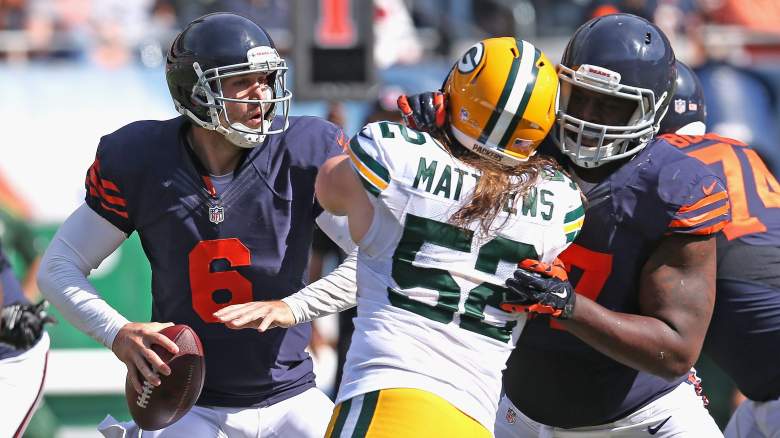 GettyJay Cutler holds several Bears passing records, but he never took the team very far in the postseason, and he struggled against the Packers. (Photo by Jonathan Daniel/Getty Images)

Cutler spent eight seasons with the Bears after Chicago acquired him via trade from the Broncos in 2009. He set franchise records in passing yards (23,443), completions (2,020), attempts (3,271) and touchdown passes (154), but he was also turnover prone. He threw 109 interceptions in 102 regular season games, and he fumbled 65 times.

Cutler also failed to do the important things on a regular basis, leading the Bears to just one playoff appearance in eight years. He went 2-11 against the Bears’ biggest rival, the Green Bay Packers, throwing 15 touchdowns and 23 interceptions against them.

There were also major issues with Cutler’s enthusiasm under center, or lack thereof, as Bears historian jack Silverstein noted in 2017 after the quarterback and the Bears had parted ways: “Jay’s abilities as an offensive weapon probably far outweigh his abilities as a leader. When a quarterback signs a big long-term deal, as Jay did, people expect a lot,” Silverstein told Forbes. “But I think what people react to, generally, isn’t so much any absence of leadership. I think Bears fans especially do react to an absence of enthusiasm.”