Could the Chicago Bears lose one of their assistant coaches to the NFC North rival Detroit Lions? Chris Burke and Nick Baumgardner of The Athletic think it’s a definite possibility current Bears wide receivers coach Mike Furrey may be a contender for the job after Detroit fired former coach Matt Patricia and GM Bob Quinn this weekend.

On a list that included the likes of San Francisco 49ers defensive coordinator Robert Saleh, current Michigan Wolverines head coach Jim Harbaugh and Kansas City Chiefs offensive coordinator Eric Bieniemy, Furrey is among the more inexperienced potential candidates for the job, but he’s still an interesting candidate for a number of reasons. 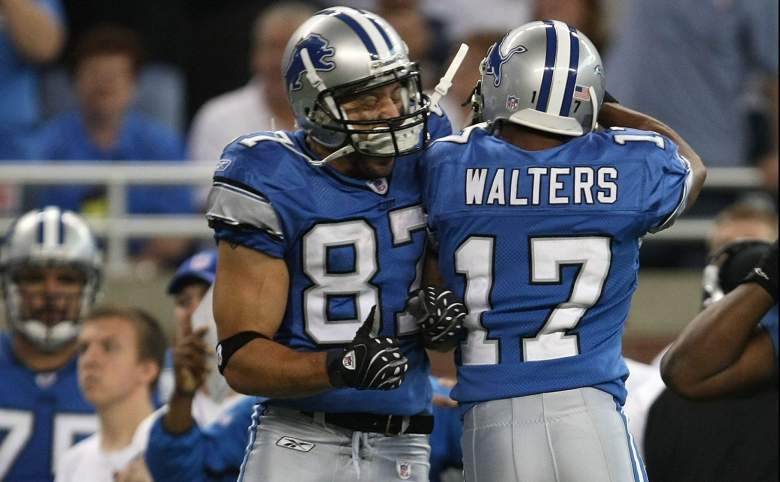 Furrey spent seven seasons playing in the league, where he had the unique opportunity to play on both offense and defense, spending three years with the Rams as a safety before heading to Detroit, where he played as a wide receiver for another three years.

Furrey’s coaching career began in the National Association of Intercollegiate Athletics, when he took over head coaching duties at Kentucky Christian from 2011-12. He went to Marshall after that, where he was the wide receivers coach for three seasons. He then went back to being a head coach, serving as head coach at Limestone, a Division II school, from 2016-17. Limestone went 9-12 under his leadership.

He came to Chicago with head coach Matt Nagy in 2018, where he has coached the wide receivers ever since. Nagy and Furrey go way back. They were both teammates and roommates when they played with the New York Dragons in the Arena Football League. “We go back almost 15, 16 years now. We were roommates trying to make football a living and we have a lot of respect for each other,” Furrey said about Nagy.

Here’s what Chris Burke and Nick Baumgardner had to say about why Furrey would make a good head coaching prospect for the Lions:

“He should be a head coach soon.’ That’s what former Lions OC, and “Greatest Show on Turf” architect, Mike Martz told The Athletic’s Dan Pompei of Furrey, 43, this past September. Furrey’s name hasn’t started surfacing as much as other NFL positional coaches yet, but it’s inevitable that it will. He actually has head-coaching experience, albeit at the NAIA (Kentucky Christian) and D-II (Limestone College) levels. Furrey also played in the NFL for parts of a decade, including three years as a fan favorite in Detroit (2006-08).”

Furrey Would Be a Unique Choice for Detroit

Furrey said this about his wide receivers room just before the 2020 season began, which could provide a glimpse into his potential coaching philosophy:

“There is nobody in that room who can take a day off. Everything they do, from the way they study, to the way they answer questions in meetings, to their walk-through reps, to the details and reps they have in practice, everything is going to be evaluated. And I think the coolest thing about that is you provide pressure and you’re going to be able to find out who responds to that and who can get through that.”

The Bears are currently ranked 24th in the league in passing, averaging 222.7 yards per game through the air.

Loading more stories
wpDiscuz
0
0
Would love your thoughts, please comment.x
()
x
| Reply
He could certainly give the Lions plenty of intel...