Getty Cody Whitehair could be a salary cap casualty for the Bears in 2022.

Since he arrived in 2016, Cody Whitehair has been one of the most durable offensive linemen in the NFL.

The versatile o-lineman has started 95 games for the Chicago Bears over his six seasons in the league, making the Pro Bowl in 2018. The former second-round pick out of Kansas State has spent the bulk of his time at center, but he has also played left and right guard, and the Bears have benefitted from his ability to move around on the line.

Whitehair inked a five-year contract extension for $52 million heading into the 2019 season, and he’s set to make $8 million in 2022. Insider Kevin Fishbain of The Athletic examined the team’s salary cap situation heading into the offseason and pegged Whitehair as a potential surprise cut and player to keep an eye on once June 1 rolls around.

Bears Have Way Out of Whitehair’s Contract After June 1 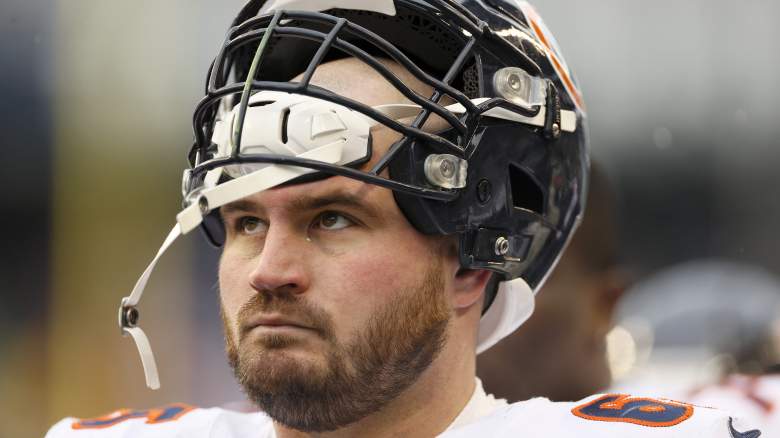 GettyOL Cody Whitehair has been a stalwart presence for the Chicago Bears since his arrival in 2016.

The Bears have a new regime led by general manager Ryan Poles and head coach Matt Eberflus, and it’s fair to wonder who they’ll keep around and who they’ll let go.

Fishbain noted veteran linebacker Danny Trevathan would likely be released by Chicago after June 1, clearing nearly $3.3 million in cap space, but Fishbain says we should also keep an eye on Whitehair once June hits:

“Another player to note here is Whitehair. Poles isn’t shying away from a desire to remake this offensive line. Whitehair has been the consummate professional since entering the league in 2016, putting up with the Bears moving him around. The post-June 1 designation, though, provides the Bears a way out of his contract. The problem? There is no one on the roster to replace him.”

As Fishbain notes, the Bears would see around $200,000 added to their cap if they were to release Whitehair before June 1, but letting him go after that date would result in $8.1 million in cap savings.

Whitehair Is Coming Off a Down Year

Whitehair, who turns 30 in June, earned a 66.2 overall grade from Pro Football Focus in 2021, the second-lowest mark of his career. Is that, coupled with his contract, enough to warrant letting him go?

Saving just over $8 million by releasing Whitehair sounds attractive, but as Fishbain also noted, the Bears have no one to replace him — and offensive line is already a primary need for the squad this offseason.

Thus, if Chicago chooses to let him walk, it would be a bit of a surprise.

“He can be a competitive Pro Bowl-type guard and play center at the drop of a hat,” a scout told Bob McGinn of Go Long about Whitehair after the conclusion of the 2021 season. “When he’s allowed to play with power coming out of a three-point stance, he’s still the most powerful of their offensive linemen. His vulnerabilities come with a late start against a good rusher.”

New GM Poles has made it known offensive line will be a priority, so we’ll know far more about what the new regime thinks of Whitehair once June rolls around.

Cutting Whitehair would be a very stupid move. He is their most consistant, ( and versatile) offensive lineman. Letting Daniels leave via free agency, is the better option.

Loading more stories
wpDiscuz
1
0
Would love your thoughts, please comment.x
()
x
| Reply
The month of June is going to be a huge one for the Chicago Bears.