At least one former Chicago Bear thinks the organization needs to re-examine everything — including management and ownership. Ex-Bears center Olin Kreutz spent 13 of his 14 seasons with Chicago, where he was a six-time Pro Bowler and an All-Pro in 2006. He was on the last Bears team to make it to the Super Bowl (after the 2006 season) and he has been working as an analyst for 670 The Score and NBC Sports Chicago since 2015.

Kreutz spoke to RedLine Radio Thursday, and he got quite candid about the root of the problems his former team is facing. Kreutz remembers all too well what it was like playing on Bears teams that had stellar defenses paired with inept offenses and lame duck quarterbacks, and he got brutally honest about what the organization may have to do to avoid having that same problem year after year. 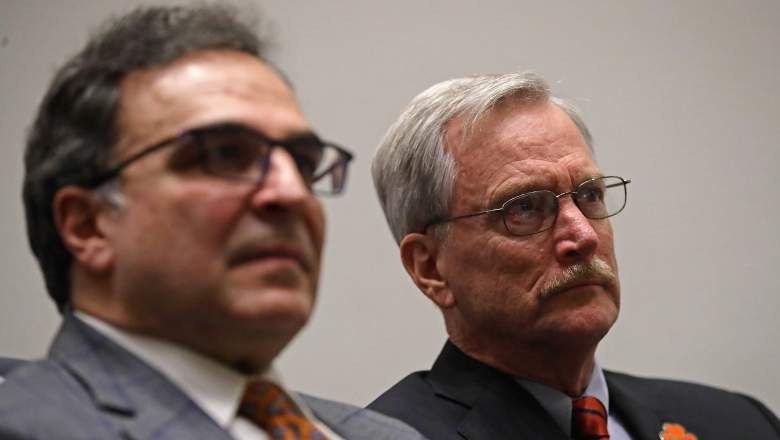 When discussing a current Bears team that sits at 5-4 after losing three straight, Kreutz noted that the Bears’ rut — they haven’t won the Super Bowl since the 1985 season, and they’ve made the playoffs once in the last decade — runs deep.

“Here’s the bigger issue now you gotta start talking about. The Bears have struggled with success now for a while here finding a successful GM, a successful head coach. So, eventually, you have to start asking: Who’s hiring those guys? And if the same guys are gonna make the decisions, well then you’re just gonna keep getting the same decisions year after year after year. So, eventually George and the McCaskey family may have to look into Ted Phillips and how they’re hiring and how they’re picking GMs and how they’re picking head coaches and who is up there in the brain trust that are making these decisions over and over again that don’t equal success.”

Kreutz also noted he didn’t think the team would move on from general manager Ryan Pace or head coach Matt Nagy unless something drastic happened to end the season, and he’s probably correct.

New Management & Ownership Desirable, But Not Likely in Chicago

Considering how stagnant the Bears have been as a franchise for the last 35+ years, new management and ownership might not be a bad thing. Ted Phillips has been the Bears’ President and Chief Executive Officer since 1999, and he was the first to be placed in that position by the McCaskey family, the team’s owners. If the McCaskeys decide to clean house, it wouldn’t be a surprise if they let him go.

Descendants of legendary Bears coach George Halas, it’s extremely unlikely the McCaskeys would ever sell the team, however, so a new CEO might be as far as they’d ever be willing to go. Still, Kreutz has a very solid point about the team needing to take a good long look at their decision makers, because the Bears haven’t been a consistently good contender since the Lovie Smith era, and even then, they didn’t win a Super Bowl and their winning ways faded fast.

Read More
NFL
One Bears legend stopped being polite and started getting real about the team.