Prince Amukamara has found a new home. The former Chicago Bears cornerback is reportedly signing with the Arizona Cardinals, per ESPN’s Dan Graziano. The Cardinals are planning on signing the veteran corner to their 53-man roster after he passes a COVID-19 test. Amukamara likely won’t play this week but could be ready to go as soon as Week 6, when the Cardinals face the Seattle Seahawks in a huge divisional matchup.

Free-agent CB Prince Amukamara has an agreement to sign with the Arizona Cardinals, per source, pending his COVID testing results. Not likely able to join the team in time for Week 5 game, due to time it takes for testing, but potentially Week 6.

The Bears released the 31-year-old veteran this past February after he spent the last three seasons in Chicago. Amukamara then caught on with the Las Vegas Raiders, signing a one-year deal earlier this year before becoming one of the team’s surprise cuts this fall.

“I was pretty shocked, but they have a great group of young guys. I understand the nature of the business,” Amukamara said after his release by the Raiders.

Prince Amukamara Stats: Does Veteran CB Have Any Gas Left in the Tank? 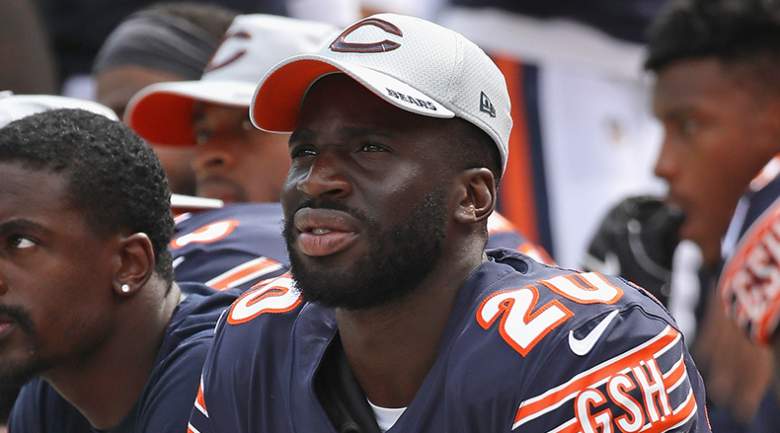 He was drafted by the New York Giants in the first round (19th overall) of the 2011 draft after playing his college ball at Nebraska. Amukamara spent his first five seasons in New York, becoming a key contributor on defense. He won a Super Bowl with the Giants in 2012, and he racked up seven interceptions, three forced fumbles and six tackles for loss during his time with the team.

He spent a year with the Jaguars, signing a one-year, $5.5 million deal in 2016, but he didn’t stay in Jacksonville long, heading to Chicago in 2017, where he quickly became a key starter for a Bears defense that finished in the top 10 all three years he was there. If he’s healthy, he should definitely become a contributor on defense, sooner rather than later.

Cardinals veteran corner Patrick Peterson hasn’t looked like himself yet this season, and neither has Byron Murphy. Dre Kirkpatrick and Kevin Peterson haven’t been the answer, either, and now Arizona is hoping Amukamara can bring a savvy presence — or at the very least, some stability — to the secondary.

Amukamara is just a few years removed from a very solid season with the Bears in 2018, holding opposing quarterbacks to an 81.9 passer rating when they targeted him. He also played well against the run that year, earning a 90.5 grade as a run defender from Pro Football Focus.

While his play has likely declined a bit over the last few years, he could still provide Arizona with some solid depth at corner, and he should be a valuable voice to have in the locker room.