Mitch Trubisky is getting hitched. The Chicago Bears quarterback proposed to his beautiful girlfriend Hillary Gallagher at Breakers Palm Beach, a resort in Florida recently, and she happily accepted. According to recent posts on Gallagher’s Instagram account, Trubisky, looking dapper in a light blue dress shirt, black tie and dark blue pants, got down on one knee when he popped the question.

“Fiancé. Can’t wait to spend forever with my soul mate,” Trubisky’s bride-to-be captioned in her post, along with a short video clip of the proposal. It is the first engagement for the quarterback and the 24-year-old Gallagher, who is an Atlanta, Georgia native.

Shop NowSign up for the Heavy on Bears Newsletter![/shop_now

Trubisky Has Been Dating Gallagher for at Least Two Years, Likely Longer 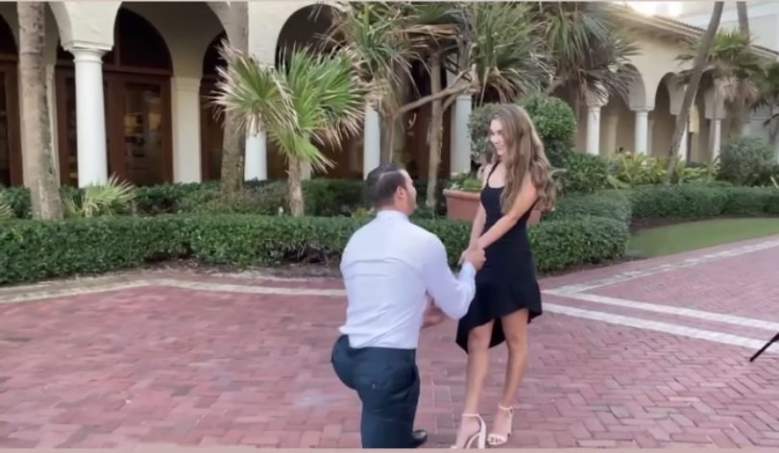 Trubisky and Gallagher’s relationship dates back to at least February 2019, when the quarterback’s fiancée first went public with their relationship, also on Instagram, sharing pictures of them together. Gallagher, a Florida State University graduate who majored in marketing, is currently a private pilates instructor, and she frequently shares photos of her life with Trubisky. She also appears to be quite the chef, as many of her followers have likely noticed.

This past summer, when appearing on former teammate Chase Daniel’s short social media series “Chase Chats,” Trubisky revealed how he and his significant other had been spending their time quarantining during the coronavirus pandemic.

“I’m the chef’s helper I guess you say. Hillary, my girlfriend, she’s the cook of the house,” Trubisky revealed. “She is an amazing cook. The food is obviously brought to the house, and we have all this time on our hands. I don’t know where she finds these recipes, but she either follows them to a ‘T’, or she goes off on her creativeness,” Trubisky said about his future bride. 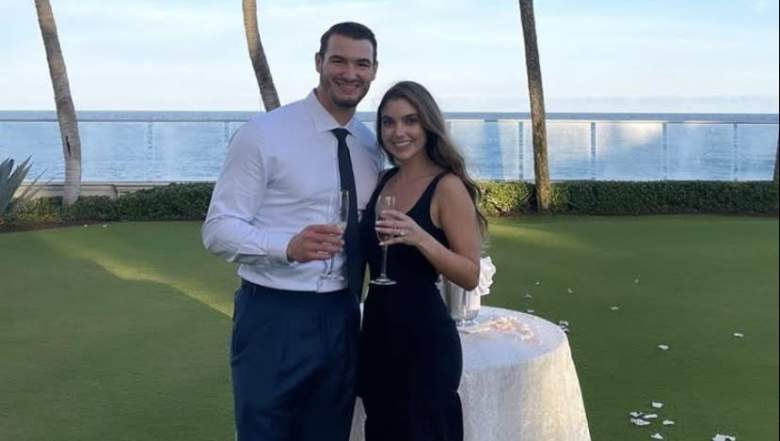 It seems likely the Bears will move on from the fifth-year quarterback this offseason, but Trubisky has gone on record as saying he wouldn’t mind staying in Chicago.

There is expected to be quite the carousel of NFL quarterbacks available this year, with Trubisky’s name falling somewhere on that list. The Bears, unlike in previous seasons, have not come out and endorsed the quarterback publicly, so he’s likely on his way out. While the former second overall pick’s playing future may be uncertain, his personal life looks to be in excellent shape.