Getty A general view of Soldier Field in Chicago, where the Bears have played their home games since 1971.

The team won the bid to purchase the 326-acre property in Arlington Heights, Illinois in summer of 2021, and as first reported by Christopher Placek of the Daily Herald, Churchill Downs CEO Bill Carstanjen revealed the deal “is expected to close during the first half of 2023.”

There are still a few hurdles to clear, however.

According to Placek, “The Arlington Heights racetrack’s corporate ownership provided a brief update on the sale process — and noted the $197.2 million transaction depends on other approvals — during a call with Wall Street analysts to review the Louisville, Kentucky-based company’s year-end business results.” 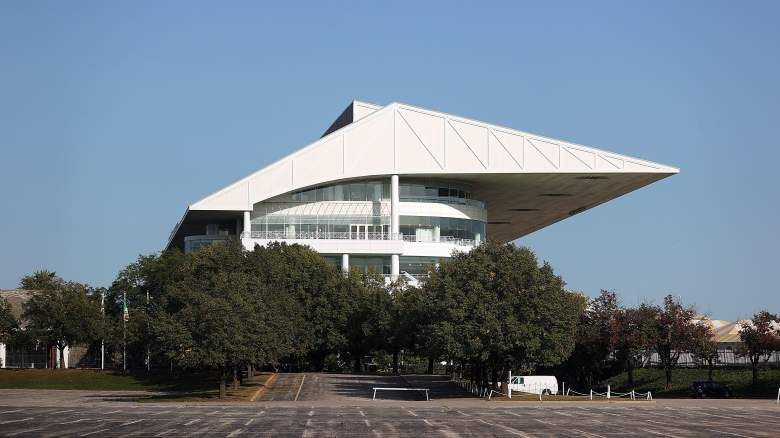 GettyGeneral exterior views at Arlington International Racecourse in Arlington Heights, Illinois. The Chicago Bears will likely leave their longtime home of Soldier Field to build a new stadium here, although the team hasn’t confirmed the move.

Bears Chairman George McCaskey and President/CEO Ted Phillips spoke about the purchase of the property for the first time on January 10, and both were noncommittal when asked if the team plans to build a new stadium on the property.

“The closing on the land probably is going to take the rest of this year, maybe into the first quarter of 2023,” Phillips said at the end-of-season presser. “And at that point in time, we’ll decide whether it’s financially feasible to try to develop it further. And I think what’s important now is that our focus for long-term development is exclusively on that property at Arlington Park.”

Thus, the team likely won’t make its tentative exit from Solider Field public until the deal is closed in the first half of 2023.

Considering the team’s current storied venue has the smallest capacity of any NFL stadium (61,500), a move does feel imminent. That, coupled with the frequently-shoddy natural grass turf that has been the cause of multiple complaints from players in recent years, an upgraded stadium at Arlington Heights feels like an inevitability.

CBS Sports reported in October of 2021 the Bears building a new stadium in Arlington Heights is “very likely to happen.”

“I think the best way to explain it is like anybody who’s bought a house, or a lot to build a house,” McCaskey said about his team’s Arlington Heights purchase.

“There’s a time between when the property is under contract and closing, and during that time, there are a number of things that need to be done in terms of due diligence: making sure that there’s clear title to the house or lot, if it’s a lot, determining whether it’s a buildable lot and so forth, a lot of regulations that need to be checked out,” McCaskey added.

We now know when the deal will close, and once that happens, things should move a bit faster, but this isn’t going to happen in a few years — if it does. The Bears have a lease at Soldier Field until 2033, and they can buy their way out of it far sooner than that. So how long would it take to build a new stadium?

The construction of SoFi Stadium in Los Angeles took around four years, while Allegiant Stadium, home of the Las Vegas Raiders, was constructed in just over two and a half years (31 months) and 40 months after the NFL approved the move.

If the team sticks to schedule and closes mid-way through 2023, the Bears could be playing in a new stadium around 2027 — perhaps even earlier if the process is expedient.

Who cares they SUCK ! Worst organization in all sports Worldwide

Loading more stories
wpDiscuz
1
0
Would love your thoughts, please comment.x
()
x
| Reply
If and when the Bears leave Soldier Field, a more clear timetable is emerging for the move.