Getty QB Tom Brady of the Tampa Bay Buccaneers lost to the Bears for the first time Week 5 of this year. (Photo by Jonathan Daniel/Getty Images)

The Chicago Bears managed to do something on Thursday night against the Tampa Bay Buccaneers they haven’t done before: they beat legendary quarterback Tom Brady. Prior to Thursday’s 20-19 win, Chicago was 0-5 against Brady. Nick Foles wasn’t, however. Foles, of course, handed Brady a loss in Super Bowl LII when he played for the Eagles, and now, after Thursday, Foles is 2-0 in his career against the GOAT.

An interesting thing happened after the game, however: Foles seemed to be looking for Brady on the field for some time after the clock ran out. The Bears quarterback was searching for someone, that much is clear, as the cameras captured him scanning the field, looking around, presumably trying to partake in the sportsmanlike postgame handshake most players — especially starting quarterbacks — share with each other after a hard-fought battle.

Looks like Foles was trying to find Brady for a handshake after the game pic.twitter.com/AZUp5Ksb3E

tom brady is now 2-for-2 in refusing to shake foles' hand pic.twitter.com/sGX81MwT1P 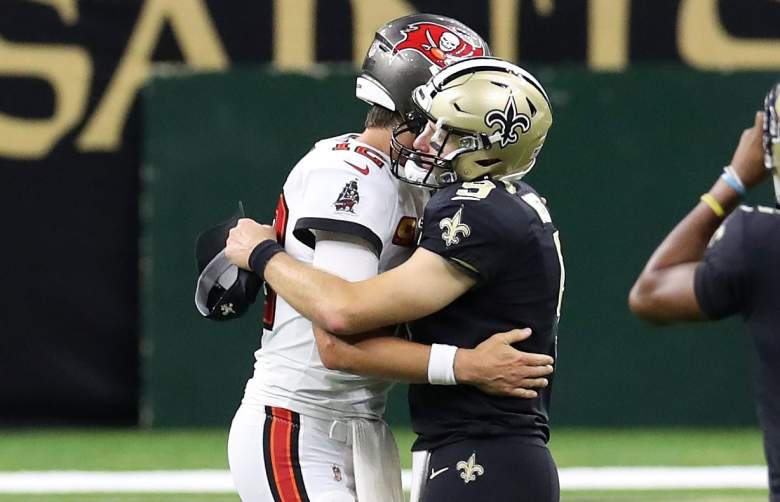 After the Bears’ win, during his postgame interview, Foles was asked if he spoke to Brady. The Bears quarterback said he had not, suggesting that he and Brady were trying to keep their distance due to COVID-19. If that’s the case, however, as Kyle Brandt noted on Good Morning Football Friday, Brady had better keep his distance from every other quarterback for the rest of the season.

In the above photo, Brady wasn’t averse to giving Saints quarterback Drew Brees a hug after the Bucs lost to New Orleans Week 1, so COVID can’t be too much of a concern for Brady, considering he usually greets and hugs or congratulates the opposing quarterback after most games.

He seems to be averse to congratulating Foles, though, as Brady also caught flak in 2017 for not shaking Foles’ hand after losing Super Bowl LII.

“That was never my intention,” Brady said about not shaking Foles’ hand after the Super Bowl. “I wouldn’t be a bad sport.”

Nick Foles on Bears’ Win: ‘Any Time You Can Frustrate Tom Brady, It’s a Great Day’

Foles finished the game going 30-42 for 243 yards, throwing a touchdowns and an interception. The Bears defense also pressured Brady relentlessly all night, getting in his face on over 43 percent of his dropbacks.

Khalil Mack and Robert Quinn led a Bears defense that pressured Tom Brady on 43.2% of his dropbacks, his highest rate in a game since 2017.

“Any time you can frustrate Tom Brady, it’s a great day,” Foles said after the game. “And our defense did that today. He started out a little hot but I could tell, I’ve been told he got a little frustrated. Obviously he’s an extremely talented player but I was really proud of our defense and what they did today.”

Loading more stories
Tom Brady did it again. Or, rather, didn't do it again...