Getty Tom Brady and Nick Foles shook hands prior to the Super Bowl they played in -- but not after.

It was glaring, and fairly hard to miss: Week 5, after the Bears beat the Buccaneers 20-19, Chicago quarterback Nick Foles was walking around in the middle of the field, seemingly looking to shake Tom Brady’s hand after the game. Brady, however, was busy running off the field. It was the second time Brady neglected to shake Foles’ hand after a loss — the first time came after the Patriots’ Super Bowl LII loss to Foles and the Eagles.

Looks like Foles was trying to find Brady for a handshake after the game pic.twitter.com/AZUp5Ksb3E

Now, two weeks later, both quarterbacks have addressed Handshakegate, and while both were genial about it, Brady played the ‘I don’t know why I would do such a thing’ card, while Foles got a bit more real about it all.

Per Patrick Finley of the Chicago Sun-Times, Brady was asked by the media today about why he walked off without shaking Foles’ hand, and the GOAT had this to say:

“I think Nick Foles is a hell of a player and a Super Bowl champ and I don’t know one reason or another why I wouldn’t do that,” he said. “Sometimes I’ve run off of the field, sometimes I haven’t. Sometimes if I have a personal relationship like I have with Drew [Brees] and Justin [Herbert] and Aaron [Rodgers] over the years … I don’t know. I don’t think it’s anything in particular but I have great admiration for Nick and I think that he’s a hell of a player. They’re off to a great start.”

Brady mentioned Brees and Rodgers and Herbert specifically because he managed to find them all after games this season, and he shook hands with each of them. Just not Foles. So, what does Foles have to say about it all? 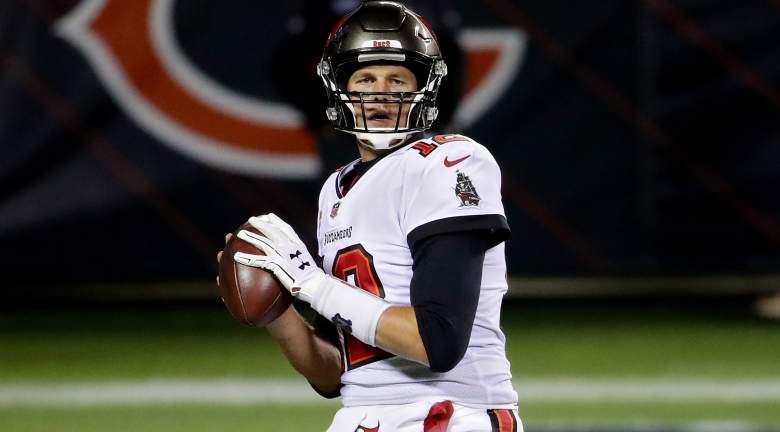 GettyQB Tom Brady of the Tampa Bay Buccaneers lost to the Bears for the first time Week 5 of this year. (Photo by Jonathan Daniel/Getty Images)

Foles also was asked about Brady not shaking his hand. “It’s happened a few times,” Foles said Thursday, before listing a potential reason Brady may be a bit salty: “Someday Tom and I will have a great conversation about it — and probably laugh about it … There’s obviously history there from a big game we both played in once, and then Thursday night. It is what it is. I think he’s a tremendous player.”

Nick Foles said of Tom Brady's postgame handshake snub: "There's obviously history there from a big game we both played in once, and then (the Bears-Bucs game) Thursday night. It is what it is. I think he's a tremendous player. Some day, we'll have a good conversation."

After Brady didn’t engage in the same act of postgame sportsmanship with Foles that he seems to engage in with most other quarterbacks, Twitter naturally let him have it, especially after he shook Aaron Rodgers’ and other Packers’ hands the following week:

Tom Brady sprinted to shake Aaron Rodgers hand, but let Nick Foles beat him and he can’t get to the Locker Room faster!

Caught this at the end, and it's another one of those holy crap @TomBrady images. That's Packers rookie Jon Runyan he's catching up with.

Kyle Brandt of Good Morning Football took it a bit further, devoting a tongue-in-cheek segment of the show this week to pose the question: ‘Why does Tom Brady hate Nick Foles?’

I would like to know why Tom Brady hates Nick Foles… pic.twitter.com/suG6TQhkmg

Look — no one (other than Kyle Brandt, who was joking) is saying Brady hates Foles. But Brady’s generic response wasn’t a great look for someone so esteemed to wear — and neither was the snub.

Loading more stories
One quarterback got real, while the other...not so much.