Chicago Bears head coach Matt Nagy was 25-13 heading into his team’s Monday night showdown with the Los Angeles Rams, but after Sean McVay and company out-coached and outplayed Chicago on both sides of the ball, Nagy failed to add another ‘W’ to the win column.

The Bears entered Monday night’s contest against the Rams with a golden opportunity in front of them — all they had to do was seize it. They were 5-1 headed into the game, and a win would have given them sole possession of first place in the NFC, as well as the North. Instead, they came out and played what many are calling the worst game of the Matt Nagy Era. 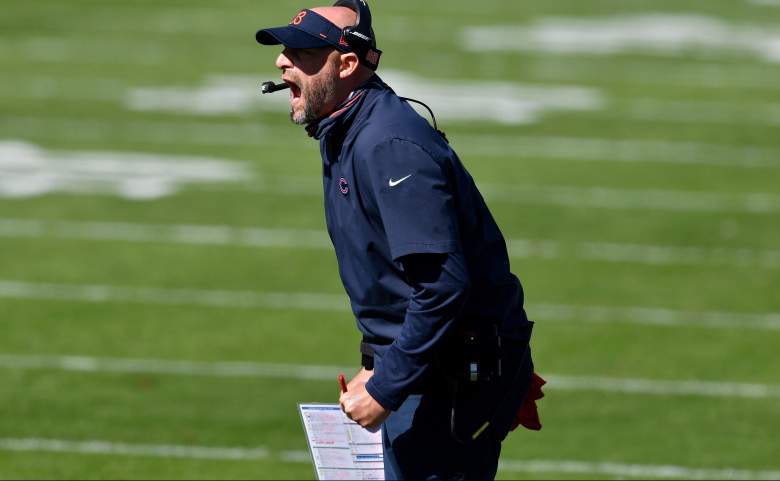 The Bears started flat, and they never found their footing against the Rams. It was a sloppy, penalty-filled effort from Chicago, and Nagy made questionable decisions on the offensive side of the ball every quarter. One particularly head-scratching choice came just as the second half was coming to a close. The Rams were punting to the Bears with just under 30 seconds left in the half, and instead of calling a timeout to stop the clock and give the offense a shot at a few plays, Nagy let the clock expire, even though he had one timeout to spend. Twitter leapt.

No, I have no idea why Matt Nagy didn’t call a timeout. Someone hasn’t played enough Madden!

Nagy apparently had no interest in calling a timeout & seeing if they could make anything out of that third down stop. #Bears go into the half down 10-3 with plenty to figure out. Good news? They’re still in the game. Big defensive drive upcoming.

Matt Nagy has always talked a lot about coaching aggressive. He’s had 3 chances tonight & has only taken 1. #Bears

There were also plenty of analysts who weighed in and called this the worst-coached game of Matt Nagy’s near two-and-a-half season tenure in Chicago, many of whom cited his decision-making and game management:

Matt Nagy and short yardage remains one of the NFL's worst combinations.

Matt Nagy picked the worst time for his worst game as a head coach/play caller.

Listen, 5-2 will be a very fair record for this team through 7 games.

But tonight is the worst coached game of the Nagy era on both sides of the ball.

But Nagy wasn’t the only one getting slammed and kicked around the Twitterverse after the Bears’ embarrassing 24-10 loss to the Rams. Quarterback Nick Foles, who finished the game 28-40 for 261 yards and two interceptions, seemed to miss wide open receivers all night, and he also didn’t notice when others were wide open. As with Nagy, Twitter let the Bears’ quarterback have it. 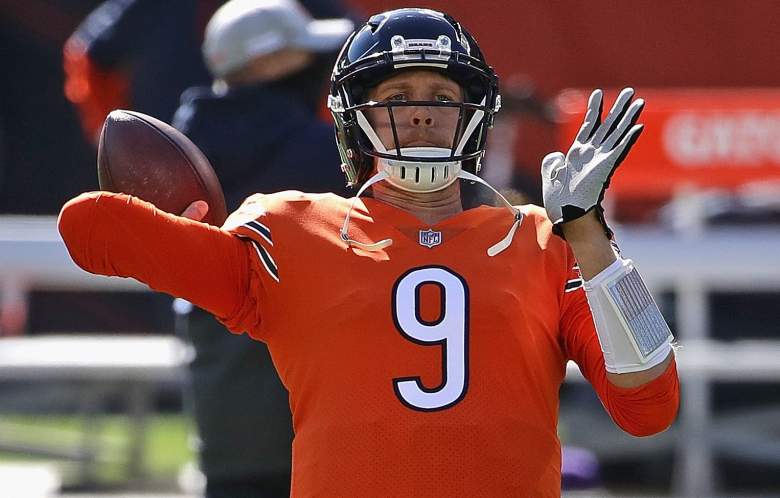 GettyBears QB Nick Foles had an awful game Monday night against the Rams. Twitter let him have it. (Photo by Jonathan Daniel/Getty Images)

With Foles failing to impress in the spotlight Monday night, and with the veteran signal caller not yet taking this offense to the next level, some wondered whether it may be time to shake the Mitch Trubisky Tree again.

But what does Foles bring to the table that Mitchell Trubisky did not?

Yes the Bears O-line stinks and the Rams pressure up front is impressive. But I can’t remember 60 minutes where Trubisky played as poorly all night as Foles has tonight. 1st time I’ve felt the double standard is glaring.

Others simply took the opportunity to go straight after Foles and the Bears offense after they averaged 4.6 yards per play and managed just 14 first downs all game.

Foles has been pretty bad in every start and was super lucky against the Falcons soooooo I dunno man. what’s the upside here with him at this point?

I agree. Foles was HORRENDOUS tonight. The recipe for this Bears team is average QB play. He was exceptionally bad all night https://t.co/j6T3LeZzwa

The Bears and Foles now have a short week, with Drew Brees and the New Orleans Saints waiting Sunday. With limited time and a ton to correct, the future doesn’t look as bright for the Bears as it did heading into Monday night.

READ NEXT: Bears Hype Defensive Standout: ‘He’ll Knock a Guy Out and Walk Off’

Read More
Chicago Bears, NFL
To say fans and analysts went off is an understatement.