With a huge cloud of uncertainty hovering over their current quarterback situation, the Chicago Bears are bringing in DeShone Kizer for a workout, per NFL insider Field Yates. With starter Nick Foles and backup Mitch Trubisky both currently dealing with injuries, third-stringer Tyler Bray is the only healthy quarterback on the team’s roster.

With Nick Foles and Mitch Trubisky banged up, the Bears are bringing in QB DeShone Kizer for a tryout.

Chicago is currently on its bye.

The Bears are also working out two wide receivers, per the Chicago Tribune’s Brad Biggs: former Wake Forest standout Greg Dortch and ex-Alabama-Birmingham wideout J.J. Nelson will each try out for the team this week. Nelson is far more experienced, spending four seasons with the Cardinals from 2015-18 and last season with the Raiders.

#Bears are bringing in former Notre Dame QB Deshone Kizer for a tryout along with WRs Greg Dortch & J.J. Nelson. 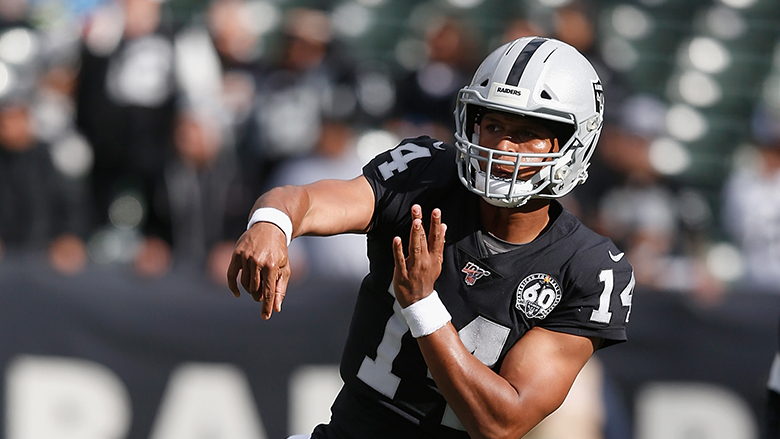 Kizer played his college ball at Notre Dame, where he threw for 5,589 yards, 45 touchdowns and 18 interceptions while also running for 1,029 yards and 17 touchdowns in his two seasons as the team’s starter. He was selected by the Cleveland Browns in the second round of the 2017 NFL Draft (52nd overall), and he completed 53.6 percent of his passes for 2,894 yards, 11 touchdowns, and league-high 22 interceptions in 15 starts as a rookie.

He was traded to Green Bay the following year for Damarious Randall and an exchange of fourth and fifth-round draft picks, with the Packers intending on using him as a solid backup to Aaron Rodgers, but he never saw the field much after that. Kizer played in three games for Green Bay, going 20-42 for 187 yards and two interceptions as a backup for Rodgers in 2018.

The Packers released him in August 2019, and the Raiders claimed him off waivers, signing him to their practice squad before releasing him in September.

Dortch spent his first season as a redshirt freshman before playing two season at Wake Forest, appearing in 20 games. He caught 142 passes for 1,800 yards and 17 touchdowns before deciding to declare for the NFL Draft in 2019. He was signed to the New York Jets’ practice squad before the Carolina Panthers poached him, adding him to their 53-man roster. Carolina waived him in December, and the Rams added him to their practice squad after that.

Nelson was selected by the Arizona Cardinals in the fifth round of the 2015 draft. He spent four seasons in Arizona, playing in 58 games and starting 16. In that time, he caught 85 passes for 1,475 yards and 11 scores. He signed with the Raiders in 2019, playing in two games while starting one. He caught four passes for 36 yards and a touchdown, and was released last October. He has not played since, although he was signed by the San Francisco 49ers in August before being placed on injured reserve in August with a knee injury, ultimately getting released with an injury settlement.

Loading more stories
wpDiscuz
0
0
Would love your thoughts, please comment.x
()
x
| Reply
The Bears are exploring all avenues on the QB front...