The trade drama between David Njoku and the Cleveland Browns has apparently reached its end, with the former first-round pick saying he’s “all in” with the team.

Njoku arrived to training camp on schedule, despite his trade demand last month. His latest tweet suggests he’s ready to drop his request to the Browns’ brass to deal him.

“I’m all in Cleveland,” Njoku wrote on Twitter. “Time to work.”

I’m all in Cleveland. Time to work.

Cleveland.com Browns beat reporter Mary Kay Cabot confirmed with a source that Njoku no longer wants a trade shortly after the tweet.

#Browns tight end David Njoku no longer wants to be trade, source tells me. He tweeted today: 'I'm all in Cleveland. Time to work' https://t.co/XJu4XoYttH

Through his new agent Drew Rosenhaus, Njoku demanded a ticket out of town from Cleveland in early July, with Rosenhaus telling ESPN’s Adam Schefter: “It is in David’s best interest to find a new team at this time.” Njoku wanted a new team by the time training camp rolled around, which wasn’t the case.

Rosenhaus released a new statement following the news, via ESPN’s Adam Schefter. Rosenhaus said Njoku had, “good meetings with the new Browns’ organization including GM Andrew Berry and he has decided to give the team his full commitment right now and go from there.

Browns’ TE David Njoku, who requested a trade earlier this summer, has had “some good meetings with the new Browns’ organization including GM Andrew Berry and he has decided to give the team his full commitment right now and go from there,” said his agent, @RosenhausSports.

All Browns players were contractually obligated to arrive by July 28, per Nate Ulrich of the Akron Beacon-Journal. Njoku recently admitted he loves the city of Cleveland.

“I want to make something very clear,” he wrote. “I love the city of Cleveland with all my heart. This game is filled with a lot of complications but don’t think for a second that I don’t love and appreciate Cleveland and all that it has done for me.” 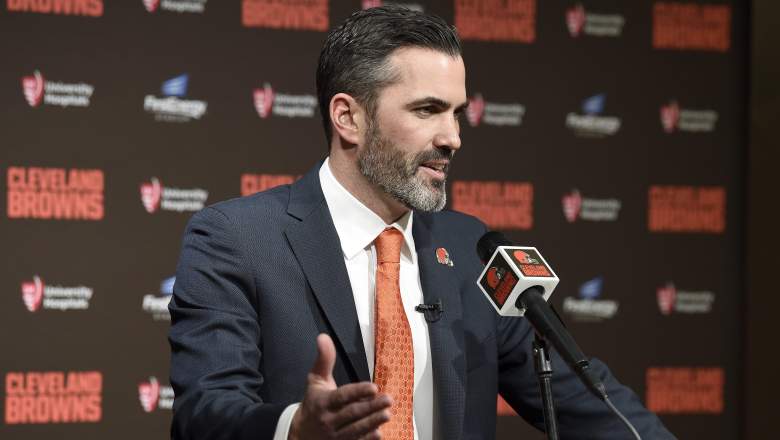 The Browns have been consistent in saying that Njoku would not be traded.

Njoku — the 29th overall pick in the 2017 draft — is a physical specimen at 6-foot-4, 246 pounds with 4.6 40-yard dash speed. In his second season, Njoku essentially doubled his production from his rookie year, collecting 56 catches for 639 yards and four touchdowns.

However, Njoku stumbled last season with a broken wrist and a bad relationship with the coaching staff. He had just five catches for 41 yards and one touchdown in Year 3 and was a healthy scratch down the stretch. The team recently executed Njoku’s fifth-year option, meaning he’s under contract for at least two more seasons. 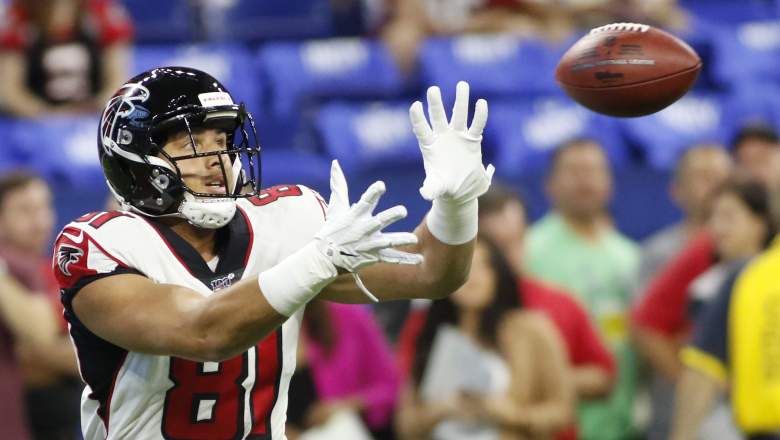 GettyTight end Austin Hooper will be courted by many NFL teams this offseason. Will the Chicago Bears be one of them?

Bryant, a rookie taken in the fourth round, played his college ball at Florida Atlantic and is 6-foot-5 and 243 pounds. He got progressively better each season with the Owls, culminating with a season season where he collected 65 catches, 1,007 yards and seven touchdowns.