The Cleveland Browns continued a busy weekend, signing offensive guard Michael Dunn to add some depth to a position that was hit hard by opt-outs. To make room for Dunn, the Browns waived tight end Nate Wieting, who likely was not going to make the final roster.

Dunn is 6-5, 315-pounds and is officially in his first NFL season out of Maryland, despite having quite the path in professional football so far. Originally signed by the Rams as an undrafted free agent in 2017, Dunn has spent time on the Rams (2017) and Jaguars (2018) practice squads. He also spent time with the Dolphins during the 2019 preseason and was a member of the Birmingham Iron (AAF) in 2019 and Seattle Dragons (XFL) in 2020.

Five Cleveland Browns opted out of the season, with four of those being on the offensive line in Drew Forbes, Drake Dorbeck, Colby Gossett, and Malcolm Pridgeon. The fifth opt-out was defensive tackle Andrew Billings, who signed with the Browns this offseason.

Wieting was an undrafted rookie and will now seek an opportunity with another team. Austin Hooper, David Njoku, Stephen Carlson, Pharaoh Brown and fourth-round rookie Harrison Bryant give the Browns depth at the TE position. The Browns active roster is now at 80 players.

Browns Have Flurry of Roster Moves Over the Weekend 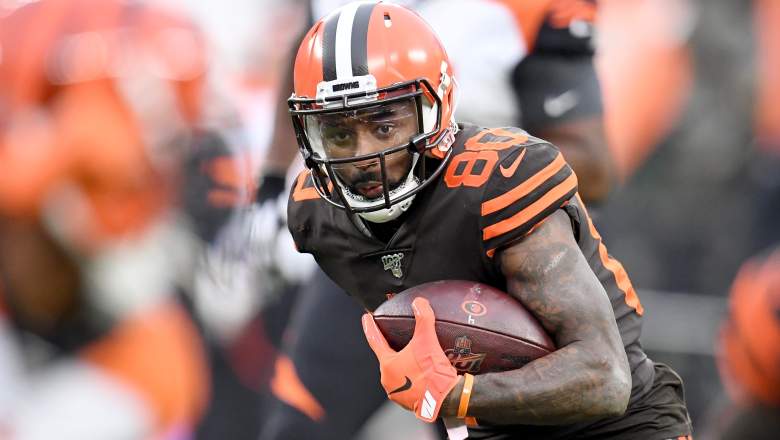 The Browns picked up cornerback MJ Stewart off waivers on Saturday, adding the former second-round pick to the roster after he was let go by the Tampa Bay Buccaneers.

Stewart was a second-round pick in 2018 and appearing in 11 games and starting five with the Bucs as a rookie. However, he didn’t find much traction in his second second, falling back on the depth chart and starting just one game. Stewart is a willing tackler for a corner, with 68 to his name since he came into the league. Of those tackles, 59 were solo.

Landry is coming off of surgery this offseason, but will be looking to return with the stellar form he showed a season ago. He caught 83 passes last season for a career-best 1,174 yards and six touchdowns, making the Pro Bowl. Landry has a shot to keep his streak of 96 games without sitting out alive.

The right guard spot was going to be a position to watch in training camp, with a heated competition expected to take place for the starting role. With all the opt outs, that position will likely go to Wyatt Teller. But the Browns know that creating some competition and depth will be essential to keeping the line sturdy.

“That is what Andrew (Berry) and his staff are working on every day. I think they walk in the building and say, ‘Look at the roster. How do we improve it?’ I know with the opt-outs at that position, it is certainly something that we will continue to look at. As it pertains to practice reps, you have to get your starters ready,” Browns head coach Kevin Stefanski said. “You also have to get your backups ready this year. We have to be very mindful of how we divvy up those reps. I have sat down with the coaches already and we have a plan for that, but I don’t think it is a season where you just say, ‘Hey, I’m just getting my starters ready.’ I think that may not be smart.”

Read More
Football, NFL
The Browns continued a busy weekend, signing offensive guard Michael Dunn to add some depth to a position that was hit hard by opt-outs