The Cleveland Browns had a scary incident during Monday’s practice, with Nick Chubb being taken off with trainers to be evaluated for a concussion after a hard hit from linebacker Mack Wilson.

The practice was the first padded day of camp for the Browns and Wilson was obviously a little too eager to hit. Wilson hit Chubb high around the shoulders after the Pro Bowl back caught a pass. Wilson was yelled at by defensive coordinator Joe Woods and spoken to one-on-one by head coach Kevin Stefanski, according to reporters on scene. Chubb walked off with a trainer and was going to be evaluated for a concussion.

Browns Nick Chubb evaluated for concussion. Head did not hit ground but was snapped on high tackle by LB Mack Wilson.

Chubb was the Browns best offensive player last season, rushing for 1,494 yards and eight touchdowns, just missing out on the rushing title. He has his eyes on being the NFL’s top rusher this season, but will have to stay healthy. Taking hard hits from his own teammates in practice certainly won’t help his cause.

More Time for Kareem Hunt as Primary Back in Camp

With Chubb sidelined, Kareem Hunt will be getting most of the work with the first team. Hunt, who led the league in rushing in 2018, caught 53 balls for 455 yards and three TDs as a rookie and was active in the passing game last season with the Browns. Hunt collected 37 catches for 285 yards and a touchdown last season in Cleveland. The Browns put a second-round tender of Hunt this offseason and retained him as a restricted free agent.

“I am excited to be back with him for a full season,” Chubb told reporters at the start of camp. “Now we get to go at it in every game we play, so I’m excited about that. I look forward to it.”

It does bring up the question of how the carries are split up for the Browns, but Chubb isn’t worried. The consummate pro has a very team-first approach and is leaving it in the hands of the coaching staff.

“Whatever happens, I trust the coaching staff and I trust the team,” Chubb said. “I know they’re putting us in the best position to win, so however it looks, I’m fine with it.

“I think we have a lot of guys on this team and a lot of playmakers, and you can’t go wrong with who has the ball,” he added. “Pick your poison. The coaches do a great job of dividing it up, even if they don’t have to divide it up. If one guy is our guy, then we can go to him.” 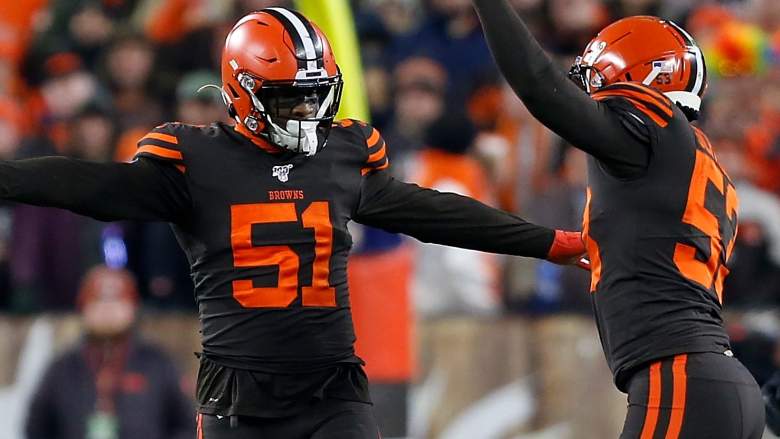 Wilson was forced into action as a rookie after an injury to veteran Christian Kirksey last season. The Alabama product performed admirably, racking up 82 total tackles from his inside linebacker spot to go with an interception and sack in 14 starts. He was a fifth-round pick in 2019 and is considered a leader in a young LB room.

Wilson has not been shy to say he thinks he and his teammates can blow away the low expectations that have been laid out for them.

“I know the guys in the room have seen it, and I make sure that I remind those guys of what these people think of us,” Wilson said. “I just always tell them, ‘We are going to prove the world wrong. We are just going to continue to work. Keep our heads down and just focus on the task at hand.'”

Loading more stories
wpDiscuz
0
0
Would love your thoughts, please comment.x
()
x
| Reply
The Cleveland Browns had a scary incident during Monday's practice, with Nick Chubb being taken off with trainers to be evaluated for a concussion.