The Cleveland Browns made a big splash via trade on Thursday, agreeing to a deal to bring Ronnie Harrison in to bolster the secondary as the Jacksonville Jaguars continued their fire sale.

The Browns gave up a fifth-round pick to add Harrison, a good deal for a defender that has started 22 games in his career. Cleveland’s depth at safety took a hit during training camp, with rookie safety Grant Delpit going down with a season-ending Achilles rupture.

Harrison has primarily played strong safety, but has solid coverage skills and could make the move to free safety if need be. Karl Joseph is the current penciled in started at strong safety, while veteran Andrew Sendejo and Sheldrick Redwine are competing for the starting role at free safety.

Harrison is in his third NFL season and was drafted by Jacksonville in the third round of the 2018 draft. He has 103 career tackles, three sacks, three interceptions, 12 passes defensed and one fumble recovery. He started 14 games last season and finished second on the team in tackles (70) and passes defensed (nine), while adding two sacks, two interceptions and on fumble recovery. During his college days, Harrison helped Alabama capture two National Championships (2016 and 2018).

The Browns defense is filled with former SEC stars, primarily from LSU and Alabama. Linebacker Mack Wilson, who is recovering from a hyperextended knee, was pumped when he heard his team was landing one of his former teammates.

“Let’s get it rocking brother,” Wilson wrote on Twitter with the hashtag #BamaBoys.

Wilson, a fifth-round pick in 2019, emerged as a key starter for the Browns during his rookie season. He stepped in for an injured Christian Kirksey beginning in Week 3 and finished the season with 14 starts, 77 tackles, an interception and a forced fumble. There were fears that Wilson could miss the season when he went down with a knee injury early in camp, but the team recently got news of a “good development” and he could reportedly be back within 4-6 weeks.

“I think with all of our guys, you hate to see them go out and then you hope that it is always good news, when they do go out and Joe sidles over to me and whispers in my ear,” Stefanski said before Tuesday’s practice. “I always hope it is good news.” 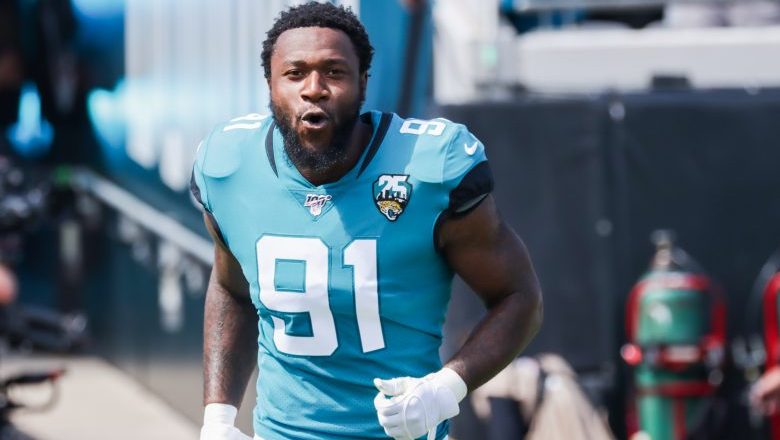 The Browns are getting a good one with Harrison, who drew heaps of praise from his former head coach Doug Marrone last season.

“I think Ronnie’s just going to get better and better,” Marrone told reporters. “He’s an intense player on the field, he plays at a high level of emotion, which I like. He’s in-tune to what’s going on, he practices during the week, he’s available. He has the ability to be an excellent player in this league.”

“[The Browns] just traded for an incredibly smart player. Due to his position flex, most assumed Minkah Fitzpatrick was the brains of Alabama secondary in ‘17 but Harrison was the main communicator and teammates said Nick Saban spoke to Harrison on different level than anyone else,” Nagy wrote on Twitter.

.@Browns just traded for an incredibly smart player. Due to his position flex, most assumed Minkah Fitzpatrick was the brains of Alabama secondary in ‘17 but Harrison was the main communicator and teammates said Nick Saban spoke to Harrison on different level than anyone else.

The Jaguars recently traded Pro Bowl defensive end Yannick Ngakou, who was sent to the Vikings for a second-round pick in 2021 and a conditional fifth in 2020. The Browns reportedly had serious talks to acquire Ngakou.

Loading more stories
wpDiscuz
0
0
Would love your thoughts, please comment.x
()
x
| Reply
The Cleveland Browns made a big splash via trade on Thursday, agreeing to a deal to bring Ronnie Harrison in to bolster the secondary.